The saloon was launched at the 39th Geneca Motor Show in March 1969, replacing the previous largest and most exclusive Fiat saloon, the Fiat 2300. It was a thoroughly modern car, with four-wheel independent suspension.

The Coupé, based on the same platform, was introduced in March 1971 having been designed by Paolo Martin of Pininfarina, who also manufactured the car. With a unique interior design (adopted in the saloon when it was upgraded to the 130B version which also featured the Coupé's enlarged 3235 cc V6), it featured a button-operated mechanism allowing the driver to open the passenger-side door. In addition to this model, there were two one-off variations built, a 2-door estate named Maremma and a 4-door saloon named Opera.

Production of the saloon ended in 1976, with 15,093 produced (including 4 Familiare’s built by Officine Introzzo of Como) The Coupé continued until the following year, and 4,294 were built in total. 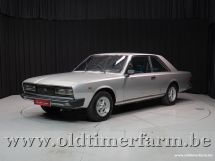 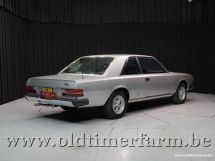