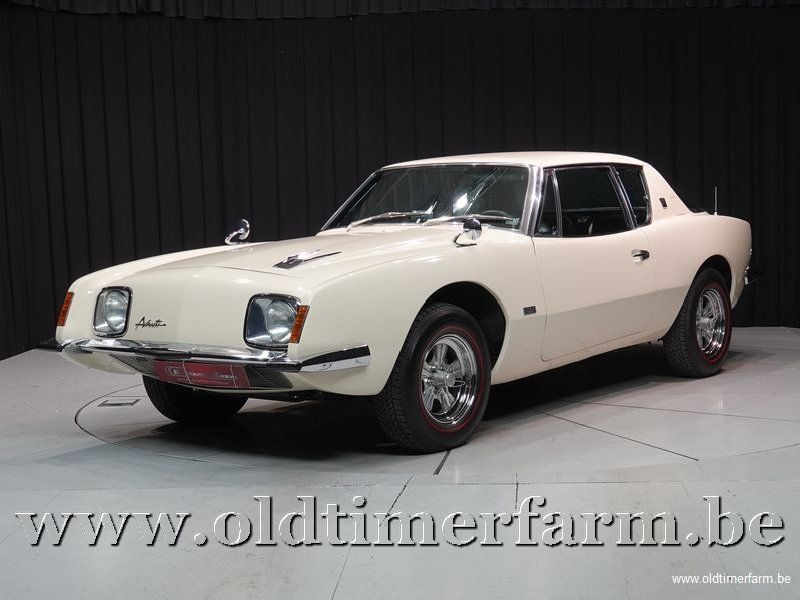 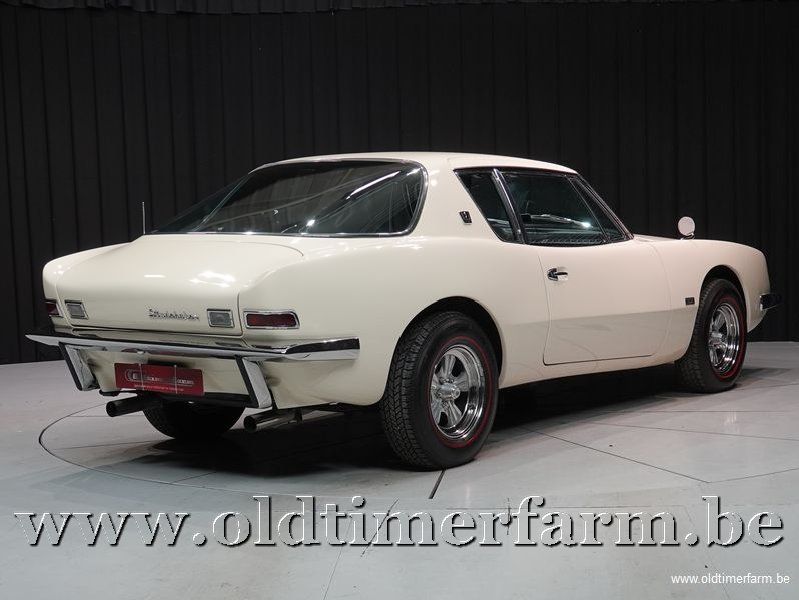 The Studebaker Avanti was manufactured and marketed between June 1962 and December 1963. The automaker marketed the Avanti as "America's only four-passenger high-performance personal car."

Described as "one of the more significant milestones of the postwar industry", the car offered combined safety and high-speed performance. Subsequent to Studebaker's discontinuation of the model, a series of five owner arrangements continued manufacture and marketing of the Avanti model.

The Avanti was developed at the direction of Studebaker president, Sherwood Agbert. "The car's design theme is the result of sketches Egbert "doodled" on a jet-plane flight west from Chicago 37 days after becoming president of Studebaker in February 1961." Designed by Raymond Loewy's team, the Avanti featured a radical fiberglass body mounted on a modified studebaker Lark Daytona 109-inch convertible chassis and powered by a modified 289 Hawk engine. APaxton supercharger was offered as an option.

The Avanti's complex body shape "would have been both challenging and prohibitively expensive to build in steel" with Studebaker electing to mold the exterior panels in glass-reinforced plastic (fiberglass), outsourcing the work to Molded Fiberglass Body in Ashtabula, Ohio — the same company that built the fiberglass panels for the Corvette in 1953. The Avanti featured front disc-brakes that were British Dunlop designed units, made under license by Bendix, "the first American production model to offer them."

The Avanti was publicly introduced on April 26, 1962, simultaneously at the New York International Automobile Show and at the Annual Shareholders' Meeting. Egbert planned to sell 20,000 Avantis in 1962, but could build only 1,200.

After the closure of Studebaker's factory on December 20, 1963, Competition Press reported: "Avantis will no longer be manufactured and contrary to the report that there are thousands gathering dust in South Bend warehouses, Studebaker has only five Avantis left. Dealers have about 2,500, and 1600 have been sold since its introduction." This contrasted with Chevrolet which produced 23,631 Corvette sports cars in 1963. According to the book My Father The Car written about Stu Chapman, Studebaker Corporation's Advertising & Public Relations Department head in Canada, Studebaker seriously considered re-introducing the Avanti into Studebaker showrooms in 1965/66 after production resumed in 1965 via Studebaker-Packard dealership owners Newman & Altman.

The Avanti name, tooling and plant space were sold to two Studebaker dealers, Nate Altman and Leo Newman, in Indiana. They were, the first of a succession of entrepreneurs to manufacture small numbers of Avanti replica and new design cars through 2006.