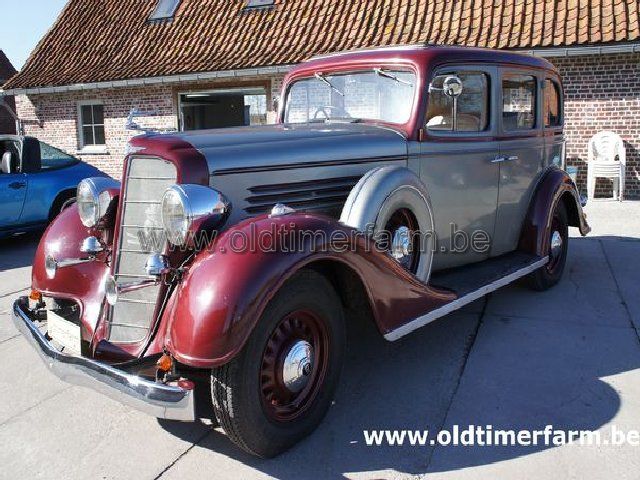 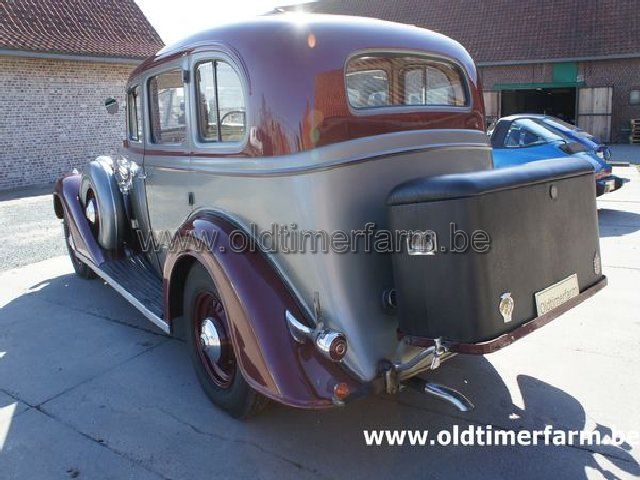 Colonel Robert Samuel McLaughlin, CC, ED, CD (September 8, 1871  January 6, 1972) was an influential Canadian businessman and philanthropist. He started the McLaughlin Motor Car Co. in 1907, one of the first major automobile manufacturers in Canada, which evolved into General Motors of Canada.
Born near Bowmanville in the hamlet of Enniskillen, Ontario, the son of Robert McLaughlin, he started working in 1887 for his father's company, McLaughlin Carriage Works, at one time the largest manufacturer of horse-drawn buggies and sleighs in the British Empire. With engines from William C. Durant of Buick he produced the McLaughlin-Buick Model F, establishing The McLaughlin Motor Car Company, incorporated on November 20, 1907. In 1908, its first full year of operation, it produced 154 cars. In 1910 he became a director of General Motors and sold his company in 1918 becoming president of General Motors of Canada, which continued to sell cars under the McLaughlin-Buick brand until 1942. He retired in 1945, but remained chairman of the board until his death.
He remained on the Board of General Motors until the early 1960s, and was coincidentally replaced by Royal Bank of Canada President Earle McLaughlin, his first cousin once removed.
His brother, chemist J.J. McLaughlin, founded the Canada Dry company. After J.J.'s death in 1912, Sam also became President of this company briefly until it was sold about 1917.
McLaughlin was appointed Honorary Lieutenant Colonel of the 34th Ontario Regiment in 1921 and held this position until 1931, at which time he was appointed Honorary Colonel of same unit, later designated as The Ontario Regiment (RCAC), a reserve armoured regiment based in Oshawa. Affectionately known as "Colonel Sam," McLaughlin served as Honorary Colonel until 1967, earning the distinction as the longest continuously serving Honorary Colonel in the history of the Canadian Forces. In 1967 Sam McLaughlin was appointed a Companion of the Order of Canada.
In 1951 he established the McLaughlin Foundation which donated nearly $200 million to various causes, including the McLaughlin Planetarium to the Royal Ontario Museum. His mansion, Parkwood Estate, begun in 1916, was designed by the Toronto architectural firm of Darling and Pearson. In 1989, the Parkwood estate was officially designated a National Historic Site of Canada.[1][2] He was also a major contributor to Queen's University at Kingston, Ontario. The University's Mechanical Engineering Department is housed in McLaughlin Hall which was his donation in 1948. The McLaughlin Hall in the Queen's University's John Deutsch University Centre is also named for him. His wife Adelaide McLaughlin was honoured in 1957 by Queen's, which named the women's residence Adelaide Hall for her. He provided partial funding to build a college at York University in Toronto. Opened in 1968, it was named McLaughlin College in his honour.
McLaughlin Hall at St. Andrew's College in Aurora, Ontario, which he unveiled in 1971 at age 99, is named after him in recognition of his contributions to the school.
McLaughlin also endowed the Regimental Foundation of The Ontario Regiment (RCAC) and quietly paid the salaries of some of the regiment's soldiers during times of severely curtailed government funding.
The McLaughlin-Buick has the Same specifications as the Buick 57, but is much more valuable due to its rarity.
The Buick Series 50 was the lowest priced and smallest of the Buicks for 1933, and it was the most popular of the four Buick models. The 57 model was the four-door sedan, which was the most popular of the Series 50 options.
The Buick was powered by a 230-cubic-inch, inline, eight-cylinder engine. It would produce 86 horsepower at 3,200 rpm. The engine had overhead valves and mechanical valve lifters. The compression ratio -- how much the cylinder compresses -- was 4.63 to one. The block was made of cast iron. It had a two-barrel carburetor. The engine used 9 qts. of oil
This may have been the smallest of Buicks, but it still weighed 3,585 lbs. It had a three-speed manual transmission with a floor shifter. Semi-elliptical leaf springs were used on the front and back of the car. It had a wheelbase of 119 inches and rode on 6- by 17-inch tires.