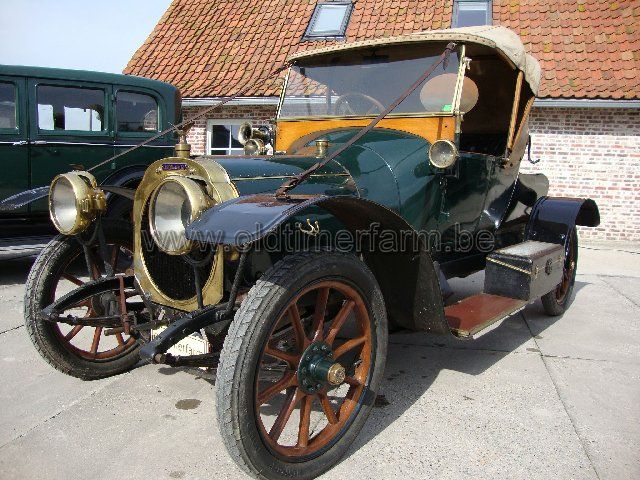 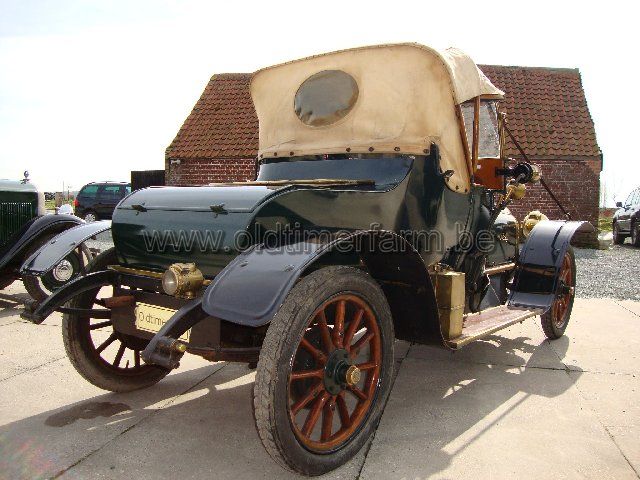 Ernest Chenard (1861-1922) was a railway engineer and maker of bicycles with a factory in Asnières-sur-Seine. He joined with mining engineer Henri Walcker (1877–1912). ] in 1898 to make motor tricycles. They formally founded Chenard, Walkcer et Compagnie in 1900 with Chenard in charge of design and Walcker sales and finance. In the same year made their first four wheel car. This had a two cylinder, 1160 cc engine of their own design which drove the rear wheels through a four speed gearbox and an unusual transmission system. From the gearbox there were two drive shafts, one to each rear hub, with the hubs driven by gear teeth cut on the inside. The car was shown at the 1901 Paris Salon.
In March 1906 the company went public and became the Société Anonyme des Anciens Étabissements Chenard et Walcker and moved to a new factory at Gennevilliers in 1908. The new name has caused confusion over the years as to whether the cars should be called Chenard-Walcker or Chenard et Walkcer, both names seem to have been used. Annual production steadily increased with a major market being the supply of taxis especially in Paris. In 1910 they made over 1500 cars making them the 9th largest maker in France. A six cylinder car of 4.5 litre joined the line up in 1913 and at the outbreak of war in 1914 the model range consisted of the six cylinder and fours of 2.0, 2.6 and 3 litre capacities.
During World War I Hispano-Suiza aircraft engines were made as well as military versions of the Type U car. With peace, only production of the six cylinder, now called the Model UU, was resumed but in 1920 a brand new 2648 cc four, the 12CV, was added. FAR commercial vehicles were also made. Following the death of Ernest Chenard in 1922, his son Lucien Chenard (1896–1971) took over. The 3-litre car of 1922, designed by Henri Toutée (1884–1943) who had been with the company since 1906, with overhead camshaft engine was the winner of the very first Le Mans 24 Hours Race, in 1923 driven by René Léonard and André Lagache, both engineers employed by Chenard et Walcker. A 2 litre version, the 10/12 was subsequently sold to the public.
In 1925 Chenard et Walkcer was the fourth largest car maker in France. They went into partnership with Delahaye in 1927 sharing designs and components, an arrangement that lasted until 1931. Unic were also offered a place in the new consortium but declined the offer. Front independent suspension was introduced on some 1934 models and also front wheel drive using Grégoire designs on the Super Aigle models but this was not a great success as it was launched at the same time as the Citroën Traction Avant but was considerably more expensive. In the same year the Aigle 8 with V-8 engine was launched.
The company had never had sufficient capital to modernise and the cars remained largely hand built leaving them unable to compete on price. As a result they went bankrupt in 1936 and were taken over by body maker Chausson and the 1938 models shared bodies with Matford, distinguishable only by the radiator grilles and were powered by Citroën or Ford V-8 engines. Car production finally ceased in 1940.
The company was taken over by Peugeot, in 1946 and only made light vans. The last ones to carry the Chenard name were made in 1950.