Minerva was founded in 1897 by Sylvain de Jong.  After first producing bicycles and motorcycles, Minerva launched its first car in 1902.   Little by little, and after some successive redesigns, the brand manufactured very luxurious models, in direct competition with Rolls Royce, among others.  But various circumstances (including the Wall Street crash in 1929) put the mark on the sidelines.  In 1939, it was bought by Mathieu van Roggen, who moved the headquarters of Sprimont to Antwerp.  The cars were then built in the Imperia factories, a brand that van Roggen already owned.  However, the Second World War put an end to the production of these fabulous automobiles.

After the war, from 1952, the company built 4 x 4 type vehicles under Land Rover license, on behalf of the Belgian army. Some vehicles of the same type are delivered to civilian customers.  From 1956, it tried to produce a totally innovative 4×4, but it was a failure.  Van Roggen tried in vain to revive production of the Imperia and Minerva automobiles, but the necessary funds were not raised and the company was declared definitively bankrupt in 1958. 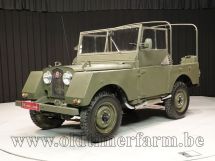 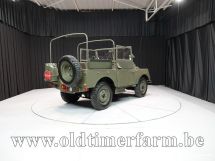