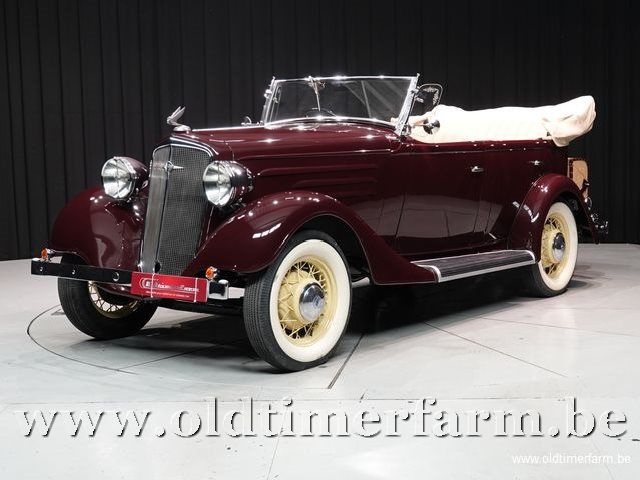 The Chevrolet Standard Six (Series DC) was launched in 1933, initially as the Chevrolet Mercury, as a lower priced alternative to the 1932 Series BA Confederate that became the Eagle in 1933 and Master from 1934.  It was advertised as the cheapest six-cylinder enclosed car on the market.

For 1936, the Standard Six received a wide range of improvements and a wider choice of body styles.  It was built on a new box-girder frame with a longer wheel base, The Standard Six was discontinued for 1937 when the Master range was joined by the new Master Deluxe.