In 1934, Minerva suffered the full brunt of the international recession. After the Second World War, in 1952, the company built, under Land Rover licence, 4x4 type vehicles on behalf of the Belgian army. A few vehicles of the same type are delivered to civilian customers. The firm also manufactures Armstrong Siddeley cars and Agusta scooters under license. From 1956, it tries to produce a completely innovative 4×4, but it will not go beyond the prototype stage. A project was launched by Mathieu van Roggen, owner of Imperia, to create a "General Motors" in Belgium, and thus relaunch Minerva, two of the most famous Belgian brands. Unfortunately, Van Roggen will never have the financial means to carry out this project and the Minerva company was definitively declared bankrupt in 1958. 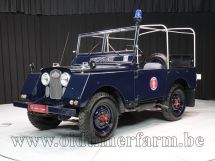 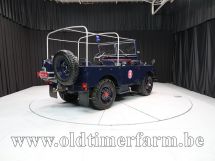