In 1985 further improvements were made to the 400 series, with the launch of the 412 in April. The engine was bored 1 mm, for an increase in displacement to 4,942 cc. Both the manual and automatic transmissions were retained, but exterior badging no longer denoted the transmission type fitted. Bosch ABS was offered, a first for Ferrari. The body was altered, with a raised rear deck granting more luggage space. Pininfarina made many subtle tweaks to modernize the exterior. The bumpers were body-coloured; at the front there was a deeper spoiler, at the rear a black valance incorporated the foglamps and exhaust pipes. Side window trim was changed from chrome to black. The flat-faced wheels were new and fitted with TRX tyres.

A total of 576 examples were made. Production ended in 1989 without a direct successor being immediately launched, so that the mi-engined Mondial remained the only Ferrari offering 2+2 seating. In 1992, after a three-year hiatus, the classic front-engine V12 2+2 grand tourer returned with the 456. 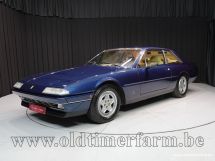 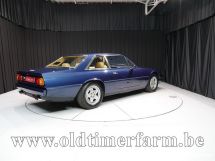