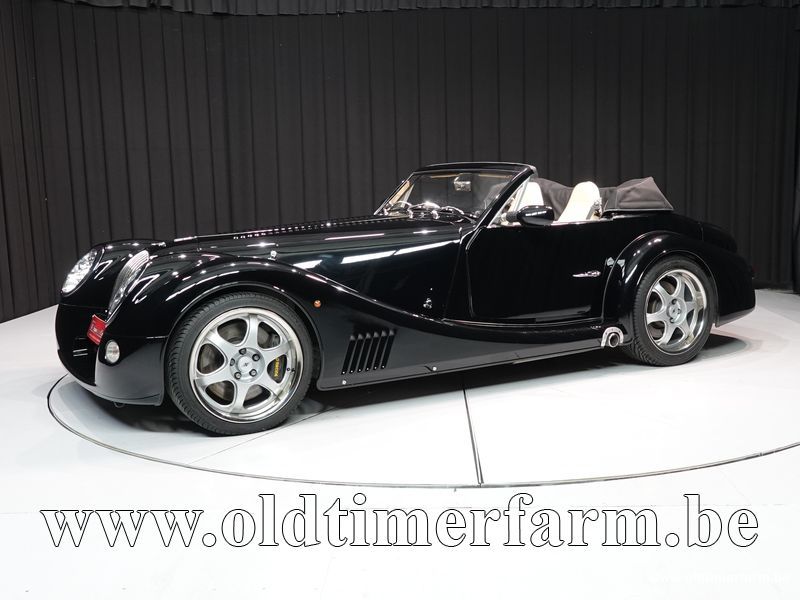 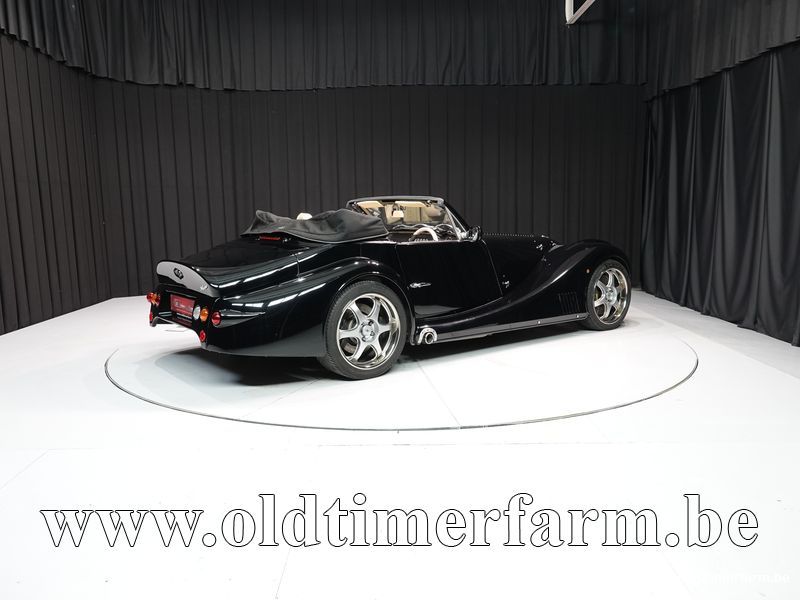 In 2000, The new Aero 8 shape evolved in the traditional Morgan way of form follows function and the main players were Chris Lawrence, Charles Morgan and other members of the Morgan Engineering Team, and Norman Kent of Survirn Engineering Ltd - especially for the tooling of the Aero wings.

The AeroMax, Aero Supersports and Aero Coupe were designed by the firm's designer Matthew Humphries. Matthew sent the basic design of it to Charles Morgan when he was at Coventry University and joined Morgan on a KTP programme.  Radshape were heavily involved in the chassis (Graham Chapman, the current MMC Development Director was working for them at that time) and Superform with much of the body panels, both companies eventually producing for MMC when the car was launched.

The Aero 8 is the first new Morgan with a new bodywork since the 4+4 1964 . it does not use anti-roll bars, an oddity in a modern sporting car. It is also the first Morgan vehicle with an aluminium chassis and frame as opposed to traditional Morgan vehicles ("trads") that have an aluminium skinned wooden body tub on a steel chassis.  The engine first powering the Aero 8 was a 4.4 L BMW V8 mated to a 6-speed Getrag transmission. In 2007, the Series 4 Aero 8 was released which had an upgraded 4.8 L V8 with an optional ZF automatic transmission. All Aero 8s are assembled at Morgan's Malvern Link factory. It has been criticised for its "crosseyed" look.. which originally was justified by the manufacturers as conferring aerodynamic benefits. In response, Morgan changed the design from 2005 (Series 3 and all subsequent Aero iterations), using Mini rather than VW New Beetle headlights.

Version 4 of the Morgan Aero 8 has seen the 3rd new engine in the life of the vehicle; the BMW 4.4 V8 has been replaced with the BMW 4.8 V8 (N62B48) with 362 bhp (270kW) and 370 lb/ft of torque.   While heavier BMW saloons were unable to meet emissions regulations with the 4.8l V8 the lighter Aero did meet the Euro 6 emissions standard. A first for the Aero 8 also comes in the form of an optional automatic transmission; Morgan state: - ZFs 6 HP26 six speed gives even better performance than a manual gearbox due to its special lock up clutch, low power loss design and instant change characteristic. The automatic is usable either as a full automatic for more relaxed driving or in sport manual mode when the bespoke gear lever will hold the engine revs up to the maximum in each gear, increase change speed and blip the throttle to smooth down changes.  In addition to these technical changes, a repositioned fuel tank (to improve the weight distribution), revised instrumentation (from cream dials with blue numerals to black with white), an increase in luggage space, revised air vents, a move to a conventional handbrake lever and air intakes and exits on the front wings distinguish the Series 4 Aero 8 from previous models.