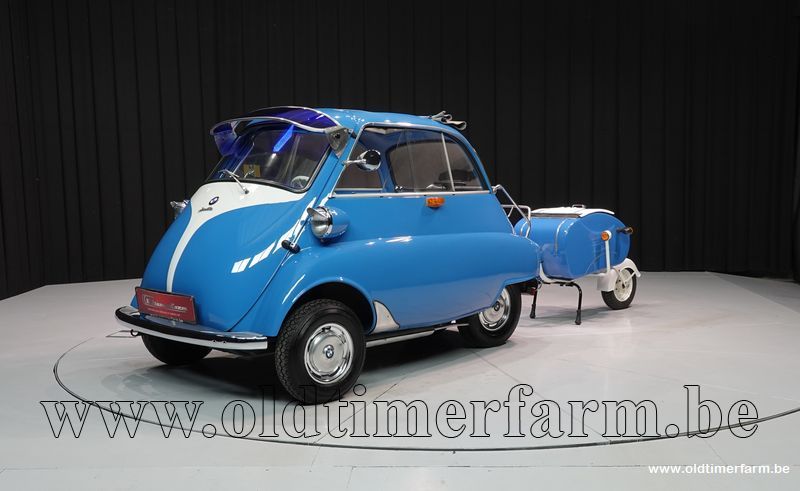 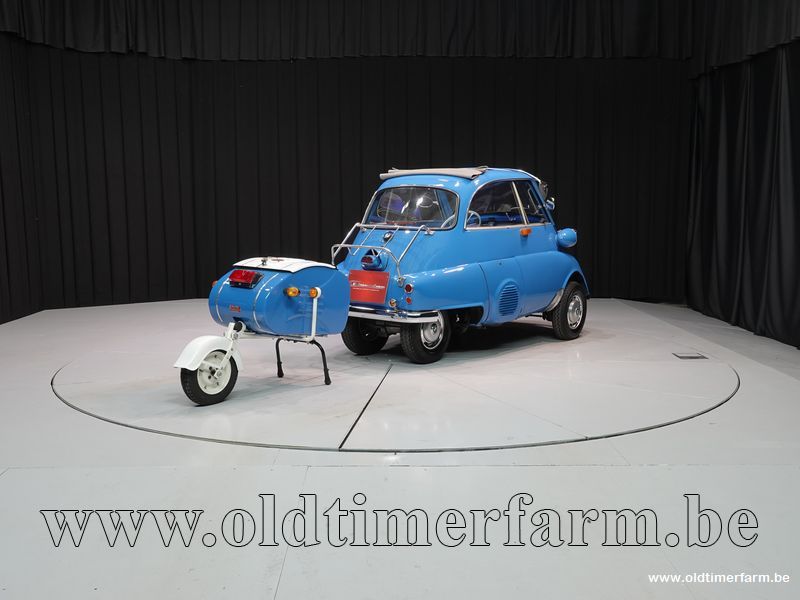 The Isetta is an Italian-designed microcar  built under license in a number of different countries, including Argentina, Spain, Belgium, France,  Brazil,Germany, and the United Kingdom. Because of its egg shape, it became known as a bubble car, a name also given to other similar vehicles.

In 1955, the BMW Isetta became the world's first mass-production car to achieve a fuel consumption of  3 L/100 km. It was the top-selling single-cylinder car in the world, with 161,728 units sold.  The name Isetta is the diminutive of Iso.  BMW made the Isetta its own. They redesigned the powerplant around a BMW one-cylinder, four-stroke, 247 cc motorcycle engine which generated 9 kW (12 hp). Although the major elements of the Italian design remained intact, BMW re-engineered much of the car, so much so that none of the parts between a BMW Isetta Moto Coupe and an Iso Isetta are interchangeable.[22] The first BMW Isetta appeared in April 1955.  In May 1962, three years after launching the conventionally modern-looking BMW 700, BMW ceased production of Isettas. A total of 161,728 units had been built.

The Isetta 250 used the  engine of the morocycle R25/3.  The advantage of that microcar : it could be driven with a motorcycle license in Germany.. The top speed of the Isetta 250 was rated as 85 km/h (53 mph).