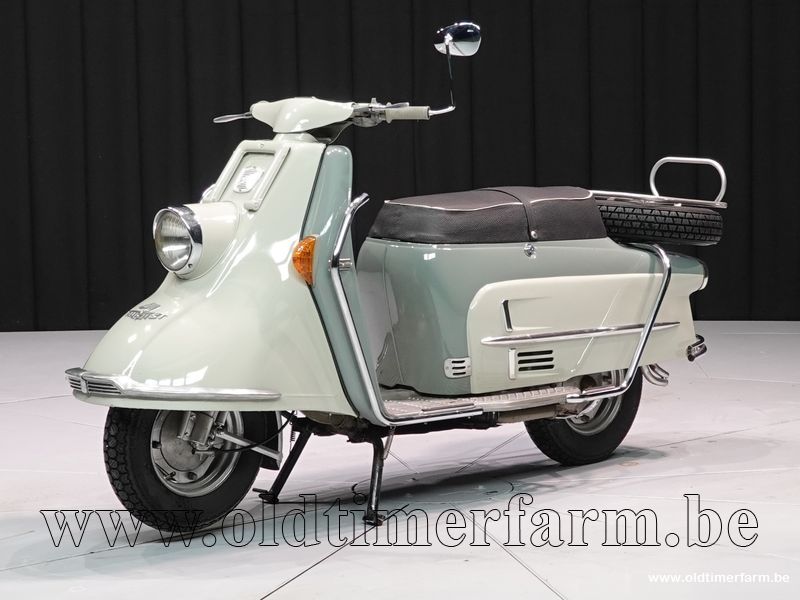 The Heinkel Tourist is a scooter made by Heinkel Flugzeugwerke from 1953 to 1965. More than 100,000 were manufactured over five generations.

The Tourist had a tubular steel frame to which pressed steel body panels were mounted. The engine of the Tourist was mounted in the frame and drove the rear wheel by a chain enclosed in the swingarm.  Thus sheltered, the chain ran in a sealed oil bath, extending its life and preventing any oil from contacting either scooter or rider. The engines used in Heinkel Tourists were 4-stroke while most other scooters of the time, including the Heinkel 150 light scooter from the 1960s, had 2-stroke engines.

Production of the final series of Heinkel Tourist, the 103 A2, began in August 1960. The telescopic forks of the previous series were replaced by a two-sided trailing-link fork late in the A2 production run. The rear body panel was restyled and was not interchangeable with those of earlier series. 55,000 Tourist 103 A2s were built before production of the Heinkel Tourist ended on 31 December 1965. 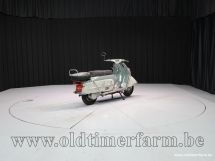