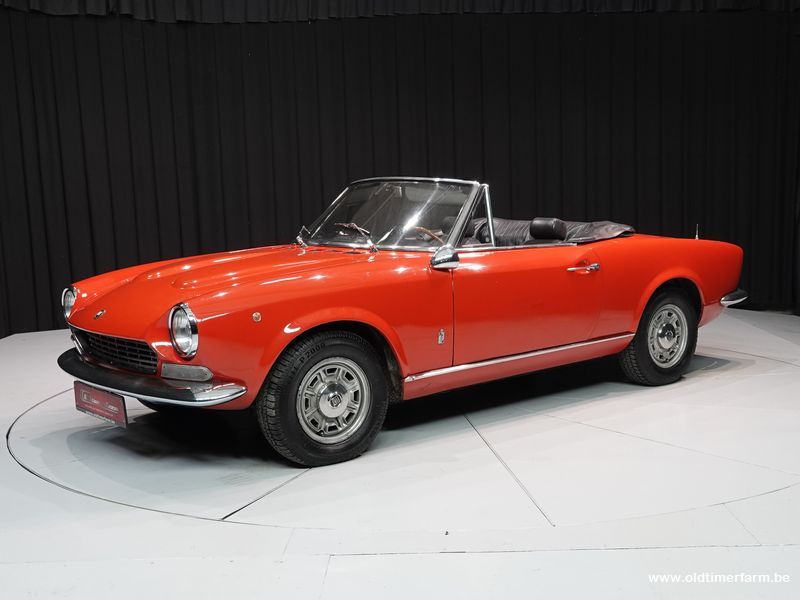 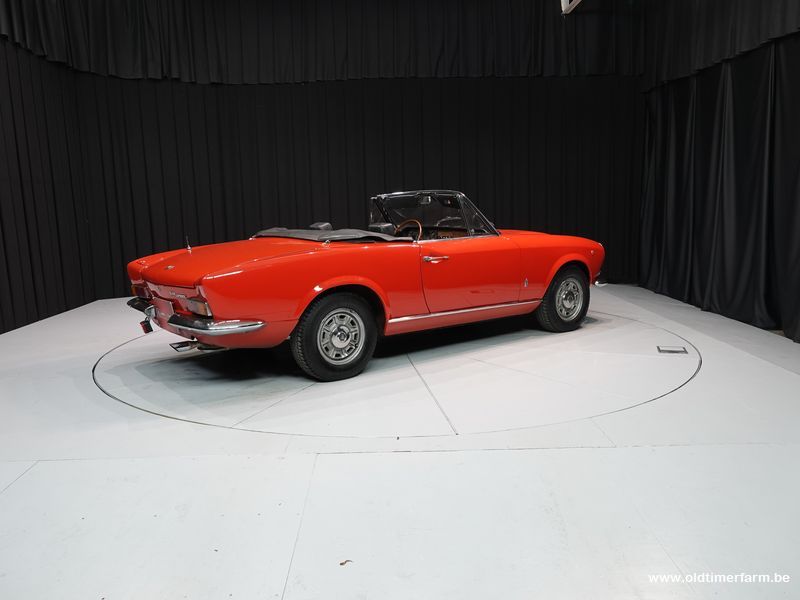 Very rare example of the first series 124 designed by Pininfarina with sportive the 1500cc DOHC engine. Chassisnumber = 1270
Unrestored, drives and everything works in need of tender love and care. rust under the doors and in the sills.
Almost impossible to find in restored condition and hence highly searched after.
This is a car for someone who wants to enjoy restoring it into it's former glory but needs a good and complete and original base to begin with. wooden dash, seats, Cromodora whees, original steering wheel are all present.
European origin, last technical control 2018; total mileage probably +/-100.000, Belgian documents

The 124 Sport Spider is a 2+2 convertible sports car marketed by Fiat from 1966 to 1980 – having debuted at the November 1966 Turin Auto Show. Designed and manufactured by Italian carrozzeria Pininfarina, Fiat and Pininfarina continued to market the monocoque-bodied car as the 2000 Spider from 1979 to 1982. Pininfarina itself assumed the car's marketing from 1983 to the end of its production in 1985 – as the Pininfarina Spider Azzura.

The body of the car was designed and marketed by Pininfarina. The convertible body was designed directly by Sergio Pininfarina, who used the already available designs of Chevrolet Corvette “Rondine” and Ferrari 275 GTS. Several years later, in 1981, on the 50th anniversary of Pininfarina, this fact was further emphasized by producing a Fiat Spider 2000 Pininfarina 50th (Golden) Anniversary Edition. In 1972, a sports version of the Spider was revealed. This was required for a type-approval of its rally version, which earned some remarkable success. The models sold in showrooms were marked as 124 CSA (C-Spider-Abarth). The vehicle had a capacity of 128 hp. In three years, Fiat manufactured less than 1,000 CSA models, which were intended for sale to individual clients. Apart from the Fiat Spider 2000 Pininfarina 50th (Golden) Anniversary Edition, this is one of the versions most eagerly sought by collectors.

The car was sold in Europe and the U.S. from its introduction until the 1975 model year when it was modified to comply with new U.S. regulations and no European version was produced. Sales in Europe resumed when Pininfarina took over production in 1983 under the name Pininfarina Europa Spider.

The Sports Spider and the Fiat 124 Coupé shared the numeric portions of their name with the 124 sedan along with much of their running gear – and, in the case of the Coupé, a shared platform. The Sports Spider utilized a shorter platform along with a shorter wheelbase, and in contrast to the Pinifarina styled and manufactured Spider, Fiat designed and manufactured the Coupé in-house.