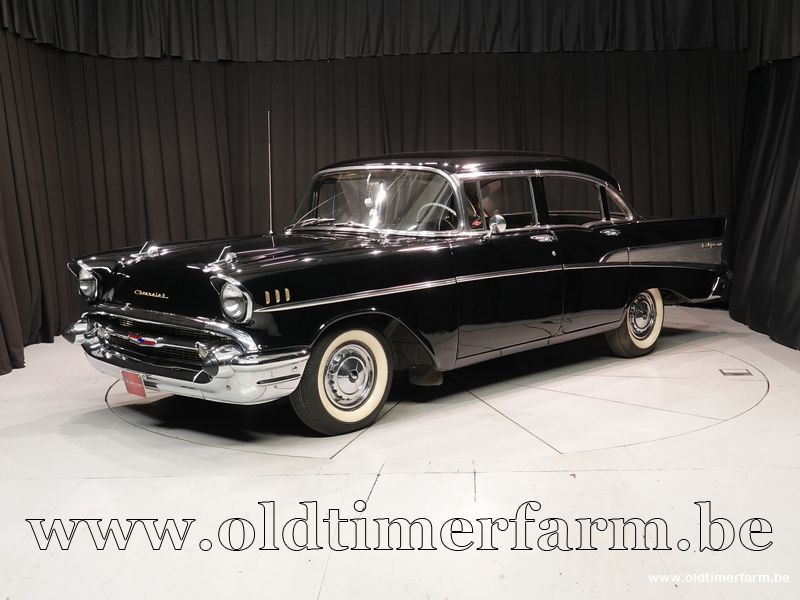 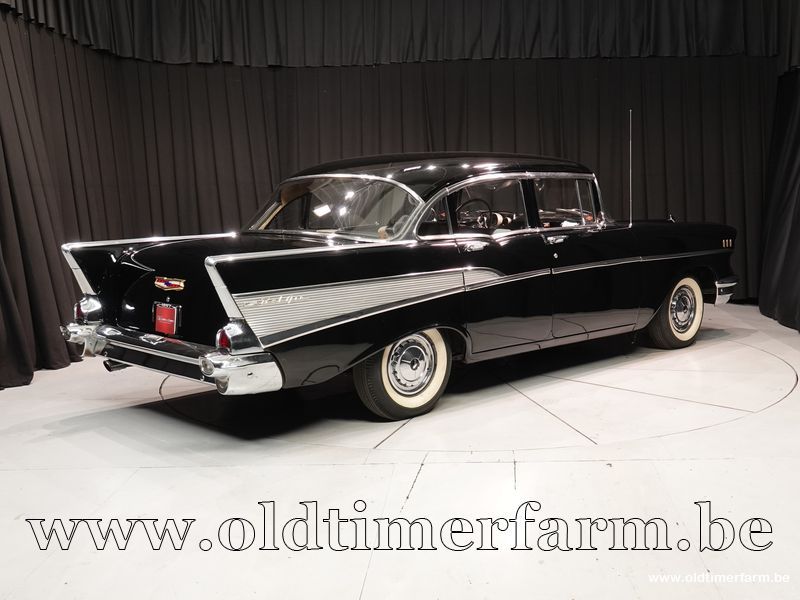 The Chevrolet Bel Air was produced for the 1950–1975 model years. Initially, only the two-door hardtops in the Chevrolet model range were designated with the Bel Air name from 1950 to 1952. With the 1953 model year, the Bel Air name was changed from a designation for a unique body shape to a premium level of trim applied across a number of body styles. The Bel Air continued with various other trim level designations, and it went from a mid-level trim car to a budget fleet sedan when U.S. production ceased in 1975. Production continued in Canada, for its home market only, through the 1981 model year.

The Chevrolet Bel Air, especially its second generation design, has been considered an icon of the 1950s. Well-maintained and preserved examples are highly sought after by car collectors and enthusiasts.

Second generation.   Bel Airs came with features found on cars in the lower models ranges plus interior carpet, chrome headliner bands on hardtops, chrome spears on front fenders,stainless steel window moldings, full wheel covers, and a Ferrari-inspired front grille. Models were further distinguished by the Bel Air name script in gold lettering later in the year.  The 1955 Bel Air was very well received as a top mark for handling, plus a comfortable ride and good visibility. The 1956 Bel Air received a face-lift with a more conventional full-width grille, pleasing those customers who didn't favor the Ferrari-inspired '55 front end. Two-tone bodyside treatments and front and rear wheel openings completed the "speedline" restyling. Single housings incorporated the taillight, stoplight, and backup light, and the left one held the gas filler - an idea popularized on Cadillacs. Among the seven Bel Air models was a new Sport Sedan, a pillarless four-door hardtop that looked handsome with all the windows rolled down and allowed easy entry into the back seat. Production exceeded 103,000, compared to 128,000 two-door hardtops.  The 1957 Bel Air is considered by many to be "an icon of its age. . .right alongside Elvis, Marilyn Monroe, and Leave it to Beaver," and is among the most recognizable American cars of all time, well-maintained examples are highly sought after by collectors and enthusiasts. They are roomy, with tastefully restrained, period use tail fins and chrome.