This 1200 Carrozzeria Speciale Fiat was delivered new in Italy where it staid all its life.It was imported by a connoisseur in 2017 with just 47km after a full blown professional restauration. It was since only maintained and moved for maintenance purposes with only 140km more… Special features include the trip speedometer, and an aluminium-spoked sports steering wheel. swiveling seats, which rotated outwards to facilitate ingress and egress.

Fiat 1200 was the name of three distinct models all based on Fiat 100 mechanicals. The first two were introduced in 1957, and replaced the TV (Turismo Veloce) variants at the top of the Fiat 100 range : the 1220 Granluce, an upmarket small four-door saloon derived from the 1100, and the 1200 Spyder, an update of the previous 1100 TV Trasformabile 2-door roadster. The 1200 Granluce was discontinued in 1961 when larger Fiat saloons were introduced, while the 1200 Trasformabile/Spyder was replaced in 1959 by the 1200 Cabriolet, a Pininfarina design, later developed into the 1200 and 1500 Cabriolets.

At the 1957 Turin Motor Show, alongside the Granluce saloon, Fiat also introduced the 1200 TV Trasformabile two-seater roadster. It was an updated Fiat 1100 TV Trasformabile using the 1200 engine, and it was called the 1220 Spider in export markets. Exterior changes from the earlier model were minimal, and included new front and rear bumpers with taller over-riders moved further inboards. Inside there was a strip speedometer, and the saloon's steering wheel replaced the wood-rimmed, aluminium-spoked one of the Trasformabile. A novelty feature were swiveling seats, which rotated outwards to facilitate ingress and egress.

In 1959 the Spyder was replaced by the Pininfarina-designed 1200 Cabriolet. 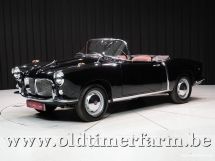 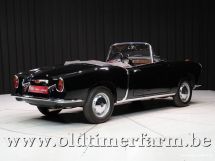