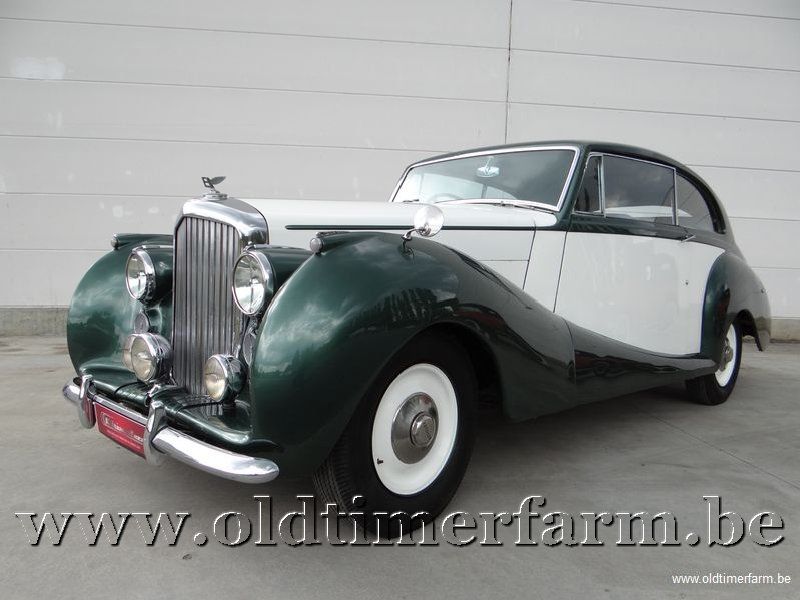 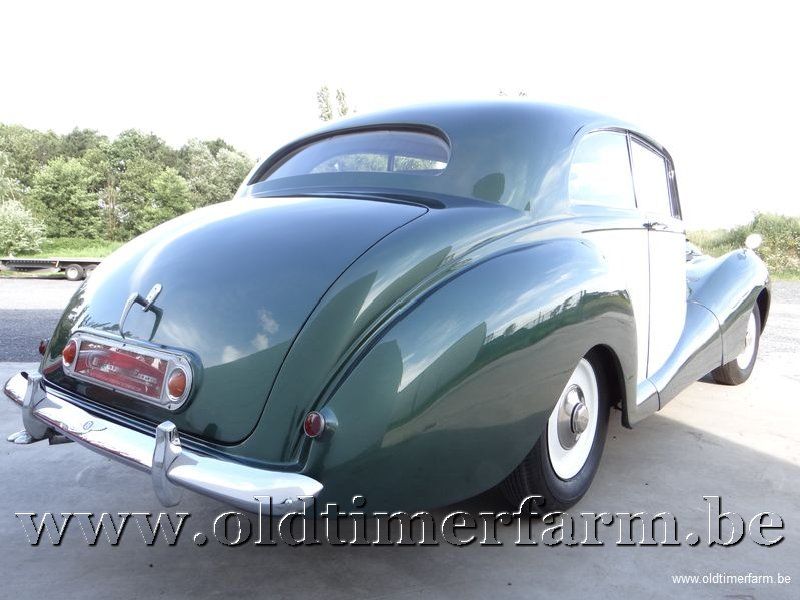 The Bentley Mark VI was the first post-war car from Bentley. Produced from 1946 to 1952, it was also the first car from Rolls-Royce with factory coachwork but chassis were still also supplied to independent coachbuilders . The chassis and engine went on to be used as the basis of those in the Rolls-Royce silver Wraith of 1946 and Silver Dawn of 1949.

The Mark VI used an F-head straight-six engine 4.3 L (4257 cc/259 in³) in size. In 1951, a 4.6 L (4566 cc/278 in³) version was introduced. The chassis used leaf springs at the rear and independent coil springing at the front with a control on the steering wheel centre to adjust the hardness of the rear springing. A central lubrication system allowing oil to be applied to moving parts of the suspension from a central reservoir was fitted. The 12.25 in (311 mm) drum brakes were assisted by the traditional Rolls-Royce mechanical servo.  The factory bodies were made by Press Steel Ltd of Coventry and sent to the Bentley works at Crewe for painting and fitting out with traditional wood and leather.

Their first car body was made in 1908 on a Wolseley chassis for the local Member of Parliament. During the First World War they made ambulances, lorries and armoured cars on Darracq and Hudson. In the 1920s and early 1930s standardized bodies were built for Sunbeam and Talbot along with individual commissions often on Bentley and Rolls-Royce chassis.  In 1937 James Young was bought by London Rolls-Royce dealer Jack Barclay who persuaded Scotsman A. F. McNeil (1891–1965), 'Mac', to leave J Gurney Nutting and Co to become James Young's chief designer. These two events combined with the end of the depression to produce a sharp rise in James Young's sales.

During the Second World War James Young built aircraft components, mobile canteens and canvas covers. The factory was destroyed and all records lost in 1941, the second year of the blitz. Rebuilt it was hit again, this time by a V1 flying bomb but production continued.  Coachbuilding resumed after the war and a stand was taken at the 1948 Motor Show. By the early 1960s 50 or 60 new bodies were being built each year mostly for export. By that time the only Bentley bodies were for Continentals, the last S3 Continental went to its owner in early 1966. Mac McNeil died in 1965.

Some fifty Rolls-Royce silver Shadow fixed head coupés were created in 1966 and 1967 by removing rear doors from standard unitary construction production cars and extending the front doors. Lacking McNeil's touch they were not a success. Rolls-Royce subsidiary Mulliner Park Ward with more technical information and resources made their coupés at least handsome.

James Young's last bodies were made on Rolls-Royce Phantom V chassis in 1968.