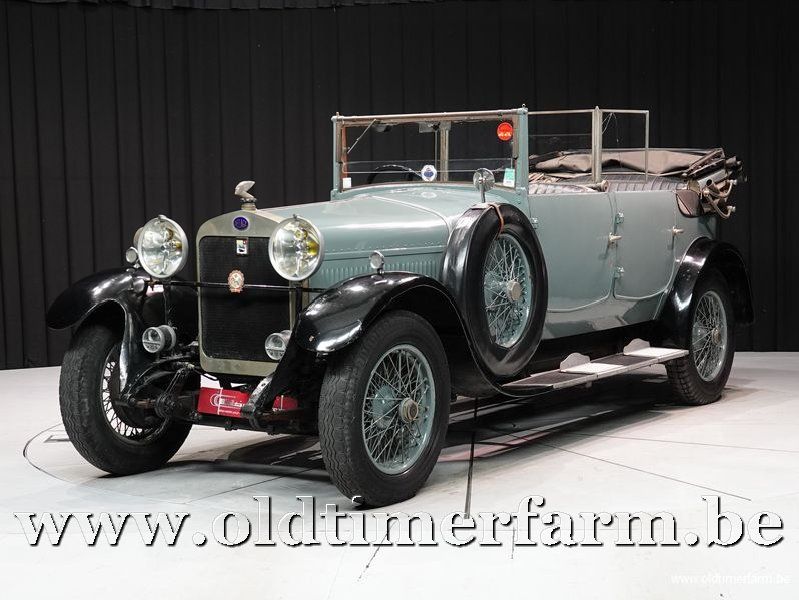 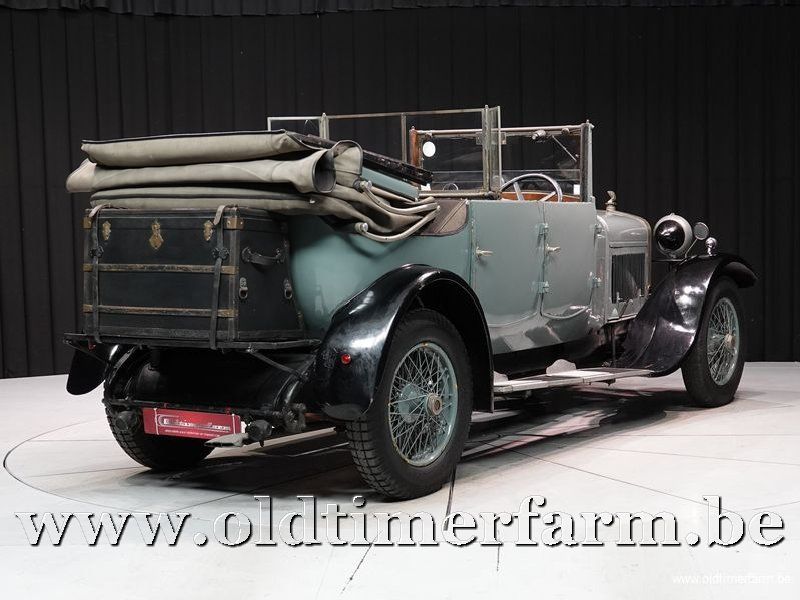 The Delage DI is a category 11 CV car developed by the French manufacturer Delage, launched at the 1923 Paris Salon and built until October 1928. It replaced the DE type.

The five-stage engine with overhead valves (above the so-called tumbled engine) appears. Lacking focus at the beginning, the DI will know the success allowing the return of the appellation in 1935 for the DI-12. In May 1924, the chassis S (Sport) and SS (Super Sport) are presented with a motor pushed to 50 horses.

Delage was a French luxury automobile and racecar company founded in 1905 by Louis Delage in Levallois-Perret near Paris; it was acquired by Delahaye in 1935 and ceased operation in 1953.

When the war concluded, Delage moved away from small cars and made its reputation with larger cars. First up was the CO, with a 4,524 cc (276.1 cu in) (80 by 150 mm (3.1 by 5.9 in)) fixed-head sidevalve six producing 20 hp. The CO plans had been drawn up during the conflict; this was the first passenger car with front brakes. It was joined by the DO with a 3-liter four.

The 1920s were really the first "Golden Age" of Delage. The most famous were the DE and DI: 4 cylinders of about 2 liters and 11 hp. Delage also attempted to compete with Hispano-Suiza, with the GL of 30 hp and 5954 cc, with some success. After that came a new generation of six-cylinder cars, like the MD (3174 cc) and DR (2516 cc), the best-selling vehicle in the history of the brand, designed by engineer Gaultier.

1930 saw the launch of the 6-cylinder Delage D6 which would form the mainstay of the manufacturer's passenger car range until 1954.

But Louis Delage would not admit defeat, and with the help of a businessman called Walter Watney created the Société Nouvelle des Automobiles Delage (SAFAD), to market Delage cars, assembled from production Delahayes. This union created the 4-cylinder DI 12 and the D8 120, and also the 6-cylinder D6 70. Watney had taken control as president of SAFAD, but he was a British national and in June 1940 he was obliged to leave Paris as the German army arrived.   Watney stayed in France, at his villa in Beaulieu until the end of 1942 after the Germans had completed their occupation, but already in December 1940 the presidency of the SAFAD business had passed directly into the control of Delahaye.  In any event, since the outbreak of the war Delage had been largely inactive, although they did undertake work on a project to replace the six-cylinder engine of the Hotchkiss H39 tank with the more powerful 8-cylinder unit from the Delage D8 120.

When WW II ended, and after many attempts to produce large et luxurious cars, with some success but not rentable enough, Delage was absorbed into Hotchkiss along with Delahaye in 1954, and car manufacturing ended.

Letourneur & Marchand, located in the prosperous Paris suburb Neuilly-sur-Seine, was a car body manufacturing business which became one of the last French coachbuilders..  The company was founded by Jean-Marie Letourneur and Jean-Arthur Marchand in 1905, and by the 1930s was specialising in coachbuilt car bodies for fitting on chassis from luxury automakers such as Duesenberg, Hispano-Suiza, Rolls-Royce and Minerva.  In 1924 the company created a subsidiary called Autobineau to specialise in sedan and limousine car bodies produced in marginally greater volumes and in a slightly more standardised format than was associated with the upmarket coach builders. During the 1920s Letourneur et Marchand became the main supplier of car bodies for Delage. The business also built bodies for manufacturers such as Unic. 1934 saw the presentation of their Delage Aérosport which formed the basis for the Delage D8-120 manufactured between 1936 and 1939.