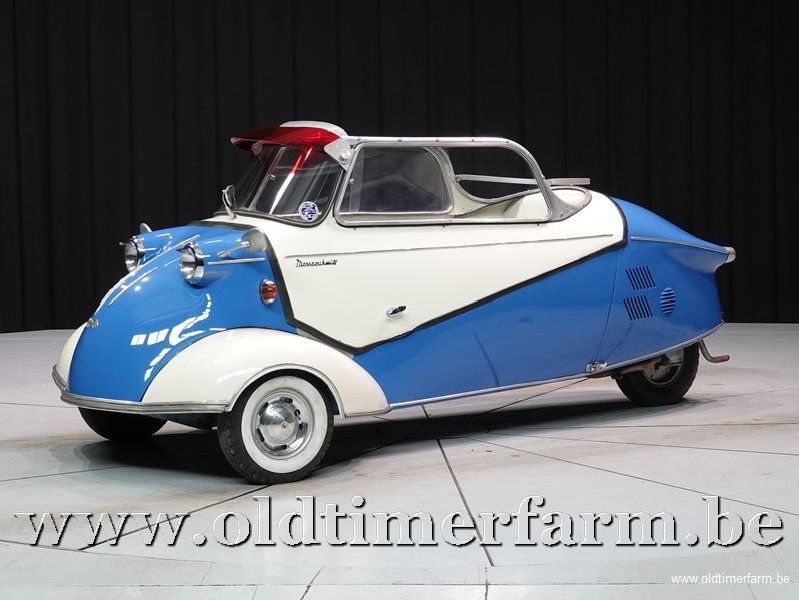 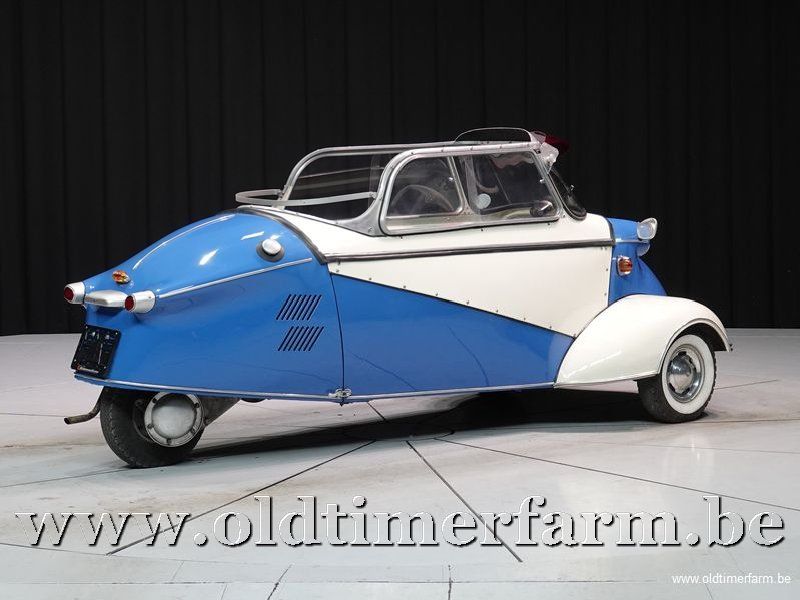 Messerschmitt KR 175 and KR 200 Kabinenroller are two-seater tricycles located one behind the other. The design of this extraordinary cart is due to the engineer Fritz Fend under the name of Messerschmitt KR175, then KR200: KR means Kabinenroller (cabin scooter), 175 and 200 mean cubic capacity.
The idea of ​​such a vehicle was to facilitate travel for all the disabled victims of the Second World War. The first series of Messerchmitt vehicles, called Flitzer, was equipped with a 38cc engine, the steering was operated by a broomstick. The two front tires were bicycle tires, soon replaced by wheelbarrow tires, except the rear wheel. The interior was protected by a transparent bubble, which could be removed in good weather.
In 1953, at the Geneva Motor Show, the KR 175 was introduced for the first time. Its price was reasonable, and the production was 90 vehicles a day. The engine was a two-stroke Sachs motorcycle, endowed in 1954 with a special kind of reversing: to pass it, it is necessary to stop the engine. In the spring of 1955, the KR 200 appeared with a displacement of 192 cc. Sales in that year reached 12,000 vehicles.
The KR 200 was available in a covered and convertible version from 1957.
Gradually, sales of this atypical vehicle decreased especially because of the new boom of the German industry, which would allow the less privileged citizens to be able to buy safer and more spacious cars, like the VW Cox. Exports were also becoming increasingly rare, especially because of small vehicles such as the Mini that will be the coup de grace. Production stopped in 1964.