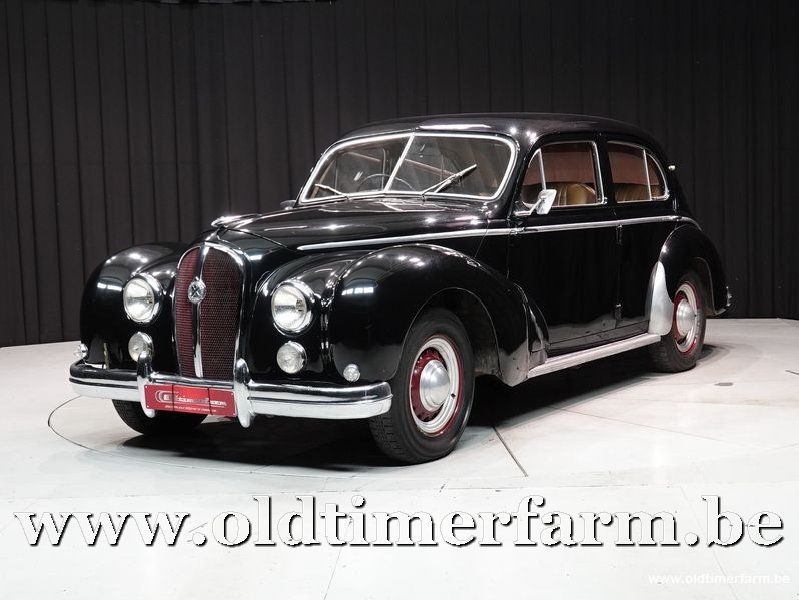 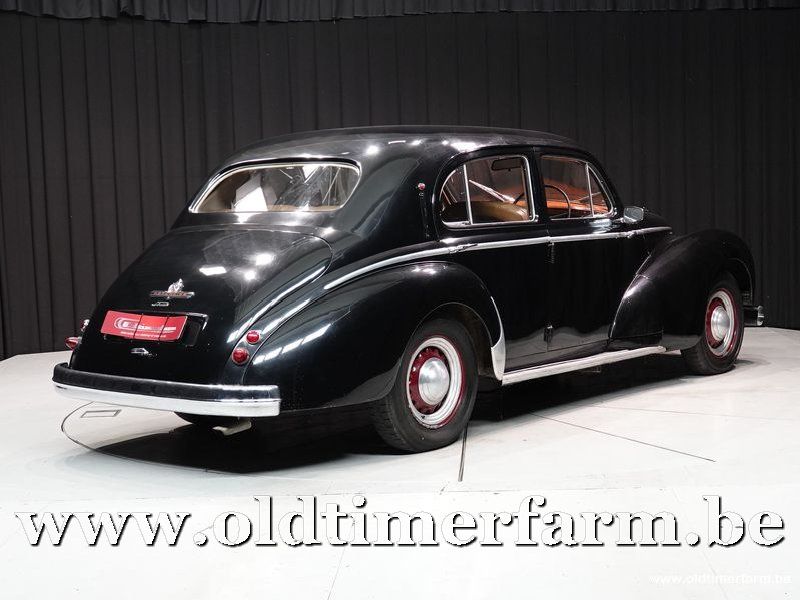 The Hotchkiss Anjou, a luxury car offered between 1950 and 1954, was an updated version of the 486 and 686/866 models which had first appeared in the 1930s and inherited its engines from those cars.

The car was launched in autumn 1950, and during the first year 1,787 were produced. In 1951 the company produced a further 2,666. The depressed state of the French economy and the government’s punitive taxation policy, especially in respect of larger cars, saw to it that, at least in terms of units produced, 1951 was the car’s best year, however. 815 were produced in 1952 and only 197 in 1953. 1953 was the last year of production, but the company was still advertising new cars for sale at least until the end of 1954, which indicates that their financial problems may well have been exacerbated by the practice of systematically manufacturing more cars than they were selling earlier in the Anjou's life.

The Anjou came with a large limousine-style body significantly modified when compared to its predecessors and characteristic of the times. A small number of two-door coupés were produced as well as a 2-door cabriolet, branded as the Hotchkiss Anthéor.  There was a choice of two engine sizes. Most cars were shipped with a four-cylinder ohc 2,312 cc water-cooled unit with one or, at the customer’s option, two carburettors. However, a longer-nosed version allowed space for the larger ohc six-cylinder 3,485 cc water-cooled engine that promoted the car into the stratospheric 20CV taxation class, but increased claimed maximum power from 72/75 hp to 100/125 hp, with a corresponding increase in claimed maximum speed from 130 km/h (81 mph) to 145 km/h (90 mph).  In addition to the 5,465 Anjous produced, the company built about 40 of the 2-door cabriolet Anthéor models.