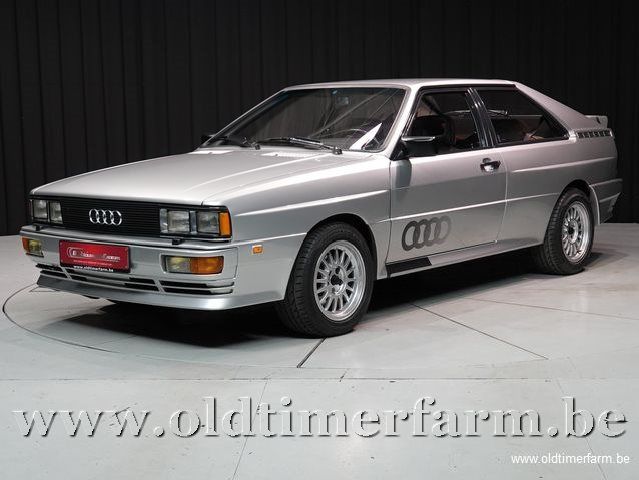 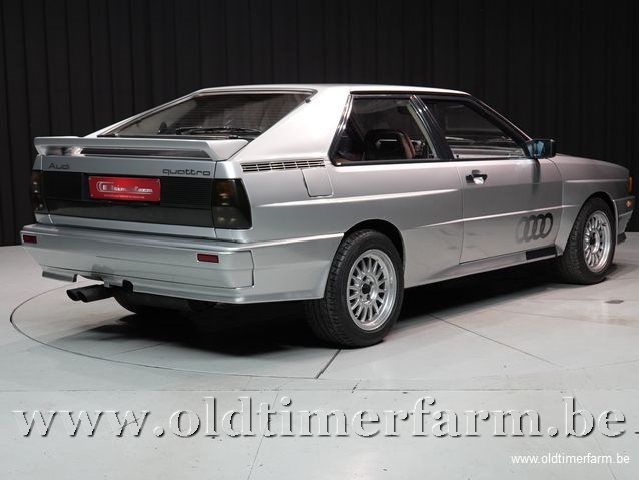 The Audi Quattro is a road and rally car, first shown at the 1980 Geneva Motor Show on 3 March.  The word quattro (means four).

The Audi Quattro was the first rally car to take advantage of the then-recently changed rules which allowed the use of four-wheel drive in competition racing. It won competition after competition for the next two years. To commemorate the success of the original vehicle, all subsequent Audis with their trademark quattro four wheel drive system were badged "quattro" with a lower case "q" (The original car with the upper case "Q" in the Quattro name is a collector's piece).

The Audi Quattro shared many components and the core of its body style with the Audi coupé, which was a member of the  Audi 80 range (B2).  It was internally designated Typ 85, a type number it shared with the Audi Coupé GT, Audi Coupé quattro and Audi 4000 CS quattro. Its characteristic flared wheelarches were styled by Martin Smith. The Audi Quattro also had independent rear suspension and independent front suspension.