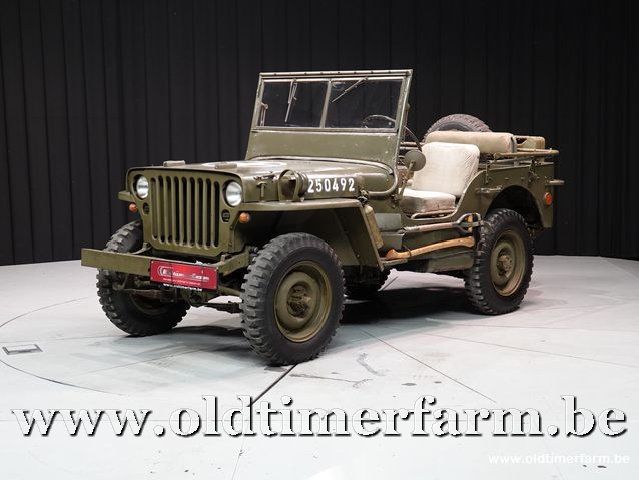 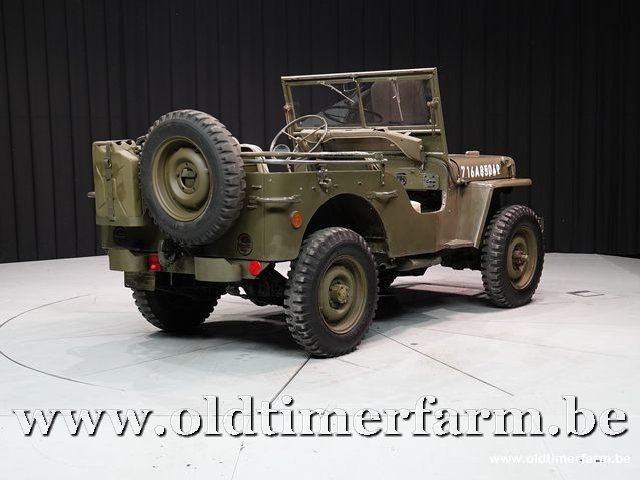 The Willys MB (commonly known as a Jeep or jeep, formally as the U.S. Army Truck, 1/4 ton, 4x4) and the Ford GPW are four-wheel drive utility vehicles that were manufactured during World War II. Produced from 1941 to 1945, it evolved post-war into the civilian Jeep CJ, and inspired both an entire category of recreational 4WDs and several generations of military light utility vehicles. Anxious to have one in time for America's entry into World War II, the U.S. Army solicited proposals from domestic automobile manufacturers for a replacement for its existing, aging light motor vehicles, mainly motorcycles and sidecars, and some Ford T (!) Marmon-Herrington presented five 4×4 Fords in 1937, and American Bantam delivered three Austin roadsters in 1938.   Recognizing the need to create standard specifications, the Army formalized its requirements on July 11, 1940, and submitted them to 135 U.S. automotive manufacturers.

By now the war was under way in Europe, so the Army's need was urgent and demanding: Bids were to be received by July 22, a span of just eleven days. Manufacturers were given 49 days to submit their first prototype and 75 days for completion of 70 test vehicles. The Army's Ordnance Technical Committee specifications were equally demanding: the vehicle would be four-wheel drive, have a crew of three on a wheelbase of no more than 75 in (1,905 mm) – that was later upped to 80 in (2,032 mm) – and track no more than 47 in (1,194 mm), feature a fold-down windshield, 660 lb (299 kg) payload and be powered by an engine capable of 85 lb·ft (115 N·m) of torque. The most daunting demand, however, was an empty weight of no more than 1,300 lb (590 kg).

By July 1941, the War Department desired to standardize and decided to select a single manufacturer to supply them with the next order for 16,000 vehicles. Willys won the contract mostly due to its more powerful engine, which soldiers raved about, and its lower cost and silhouette. The design features in the Bantam and Ford entries which represented an improvement over Willys's design were then incorporated into the Willys car, moving it from an "A" designation to "B", thus the "MB" nomenclature. Most notable was a flat wide hood, adapted from Ford GP.

By October 1941, it became apparent Willys-Overland could not keep up with the production demand and Ford was contracted to produce them as well. The Ford car was then designated GPW, with the "W" referring to the "Willys" licensed design. During World War II, Willys produced 363,000 Jeeps and Ford some 280,000.