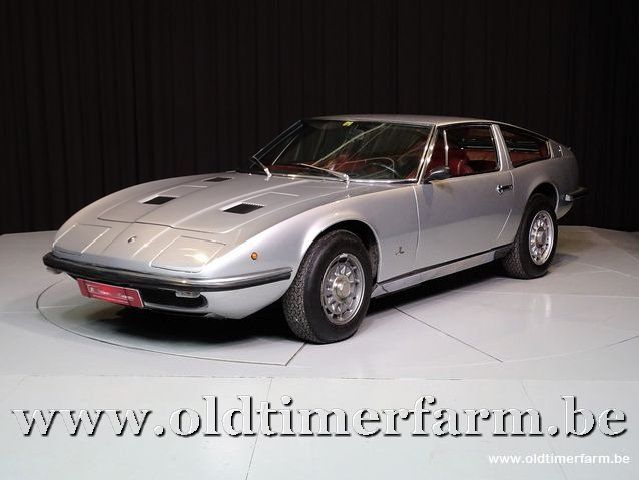 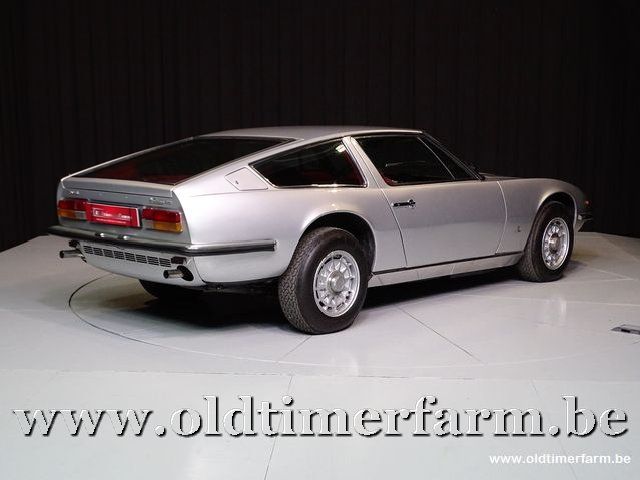 The Indy was conceived as an alternative to the Ghibli offering a V8 engine and room for four people; it effectively replaced both the ageing six-cylinder 2+2 Sebring which descended from the 1957 3500 GT — and the 1st generation Quattroporte. Two coachbuilders showed their proposals at the November 1968 Salon dell'automobile de Torino, both based on a Maserati 4.2-litre chassis. On Ghia's stand there was the Simùn, a 2+2 berlinetta designed by Giugaro; on Carrozzeria Vignale's, a sleek 4-seater fastback penned by Michelotti.  Both coachbuilders had already an established relationship with Maserati, as Vignale had been responsible for the 3500 GT Spyder, Mexico and Sebring, while Giugiaro had recently penned the Ghibli at Ghia.

Vignale's prototype was preferred, and the production model was launched by Maserati at the Geneva Motor Show the following March. The car was christened Indy in honour of Maserati's two victories at the 500 Miles of Indianapolis 1939 and 1940.