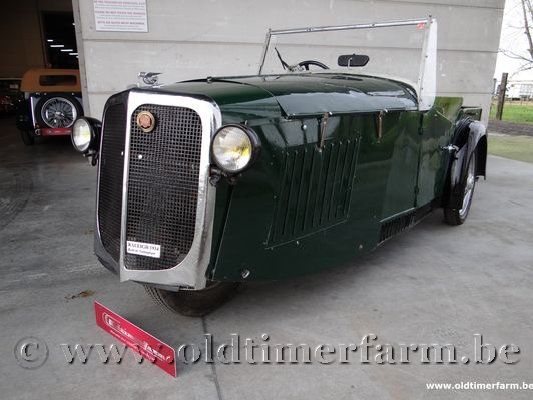 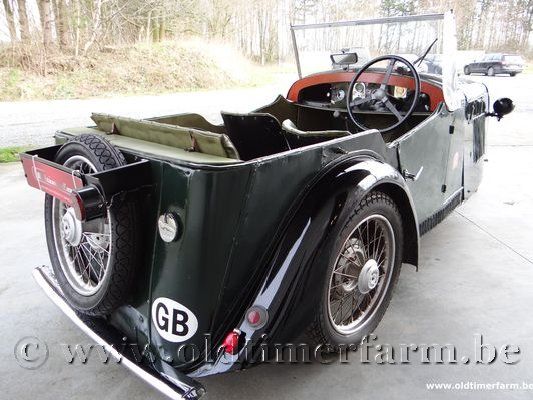 Raleigh was founded in 1887 by Frank Bowden in Nottingham (UK).  At the time Raleigh made “Safety Bicycles” and then in 1899 manufactured its first motorcycle.  This was basically a bicycle with a 2 HP German “Schwan” engine mounted to the frame driving the rear wheel by a belt.  Raleigh modified their motorcycle several times moving the engine into a sturdier frame work.

1n 1903 they then created their first tri-car called the Raleighette.  This had a 3.5 HP water cooled engine and a chain drive.  In addition to the driver’s saddle, the vehicle had a large Wicker chair over the front wheels to allow room for a passenger.  In 1906 a 6.5 HP version was made made but Raleigh soon began to make a loss and so from 1908 the company reverted back to bicycles only.

In response to the economic climate of the late 1920’s Raleigh, in 1929, again turned their hand to manufacturing 3-wheelers the first of which being the “Karryall” parcel van.  The van was more or less a 500cc motorcycle that was enclosed into a 5cwt van body with the addition of a third wheel.  The front wheel of the van was exposed giving away its motorcycle construction and steering was via handlebars inside the van. In 1931 the engine was up rated to 600cc and in 1933 a two passenger version was also available.  In the same year Raleigh also introduced their first 3-wheeler car, the Raleigh Safety Seven.  Powered by a twin-cylinder 742cc engine the Safety Seven was a four seater vehicle with an aluminium body fastened onto an Ash framework. With a top speed of around 55 mph and a fuel consumption of 60 mpg the Safety Seven sold very well. In 1935 a saloon version of the Safety Seven was introduced though very few were produced as in the same year the Motor Department at Raleigh was closed down

The Chief Designer of that department: T.L.Williams, had faith that there was still a market for such vehicles and from his home in Tamworth, Staffs, designed and built a new van that was very similar under the name of Reliant.