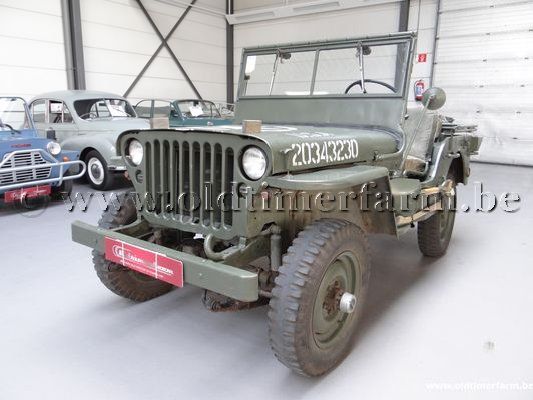 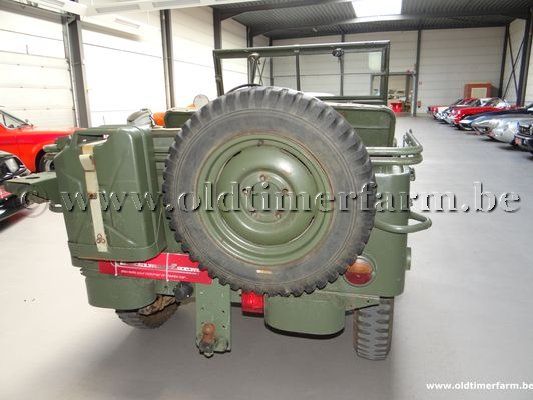 0032 472 40 13 38
MAIL US
VISIT US
FIND US AT EVENTS
Reference ch. 0415
Make Willys
Model Jeep '45
Type cabrio
Construction year 1945
KM 16749
Cilinder displacement 1600
Gears manual
Steering left hand drive
1st registration june 1950 no original engine green Willys (correctly pronounced "Will-is", but almost universally as "Will-eez") was the brand name used by Willys-Overland Motors, an American automobile company best known for its design and production of military Jeeps (MBs) and civilian versions (CJs) during the 20th century. In 1938 Joseph W. Frazer had joined Willys from Chrysler as chief executive. He saw a need to improve the firm's 4-cylinder engine to handle the punishment to which the Jeep would be subjected. This objective was brilliantly achieved by ex-Studebaker chief engineer Delmar "Barney" Roos, who wanted "an engine that could develop 15 horsepower at 4,400 r.p.m. and run for 150 hours without failure. What he started with was an engine that developed 48 horsepower at 3,400 r.p.m., and could run continuously for only two to four hours. . . It took Barney Roos two years to perfect his engine, by a whole complex of revisions that included closer tolerances, tougher alloys, aluminum pistons, and a flywheel reduced in weight from fifty-seven to thirty-one pounds". Production of the Willys MB, better known as Jeep, began in 1941, shared between Willys, Ford and American Bantam which had initiated the original Jeep body design. 8,598 units were produced that year, and 359,851 units were produced before the end of World War II. In total, 653,568 military Jeeps were eventually manufactured.
Read more