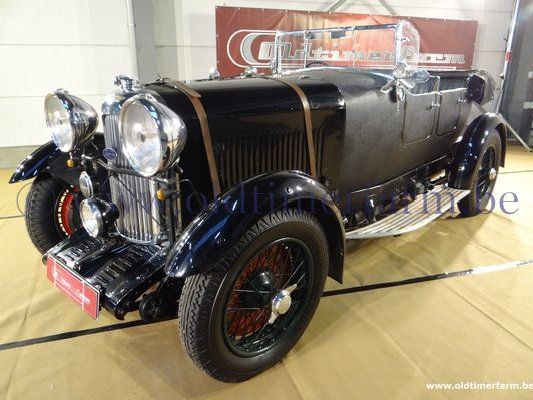 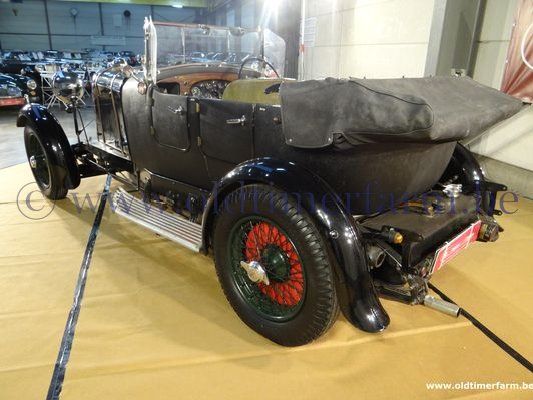 Lagonda is a British luxury car marque established in 1906, which has been owned by Aston Martin since 1947.
Lagonda was founded as a company in 1906 in Staines, Middlesex, by an American, Wilbur Gunn (1859–1920), a former opera singer of Scottish ancestry. He named the company after Lagonda Creek near Springfield, Ohio, the town of his birth. He had originally built motorcycles on a small scale in the garden of his house in Staines with reasonable success including a win on the 1905 London—Edinburgh trial. In 1907 he launched his first car, the 20 hp, 6-cylinder Torpedo, which he used to win the Moscow–St. Petersburg trial of 1910. This success produced a healthy order for exports to Russia which continued until 1914. In the pre-war period Lagonda also made an advanced small car, the 11.1 with a four-cylinder 1000 cc engine, which featured an anti-roll bar and a rivetted monocoque body and the first ever fly-off handbrake.
The ratchet control button on the end of a fly-off handbrake is designed to work in the opposite way to what is normally accepted. If the lever is lifted or pulled back to the "on" position, on letting go it immediately releases unless the end button is pressed and held in place before letting go of the lever. Once set, the brake is released by lifting the handbrake lever (not pushing the button) in the setting direction (up or back). This mechanism was traditionally fitted to sports cars to facilitate a racing get-away, such as at traffic lights. It can also be used to help the back wheels to slide, without the worry of the ratchet leaving the brake on.
During World War I Lagonda made artillery shells.
Between the wars, all was not well financially and the receiver was called in 1935, but the company was bought by Alan P. Good, who just outbid Rolls-Royce. He also persuaded W. O. Bentley to leave Rolls-Royce and join Lagonda as designer along with many of his racing department staff.
In 1947 the company was taken over by David Brown and moved in with Aston Martin, which he had also bought, in Feltham, Middlesex. The old Staines works at Egham Hythe passed to Petters Limited, in which A.P. Good had acquired the controlling interest.
One more car was to appear with the large and futuristic Aston Martin Lagonda of 1976 designed by William Towns. This low, rather square, wedge shaped car was built on Aston Martin V8 components and was available, at least in theory, until 1989.
The Rapide name was revived in 2010 as the Aston Martin Rapide saloon.
Aston Martin confirmed the revival of the Lagonda brand on 9 March 2011. The new range will initially consist primarily of high-end SUVs .