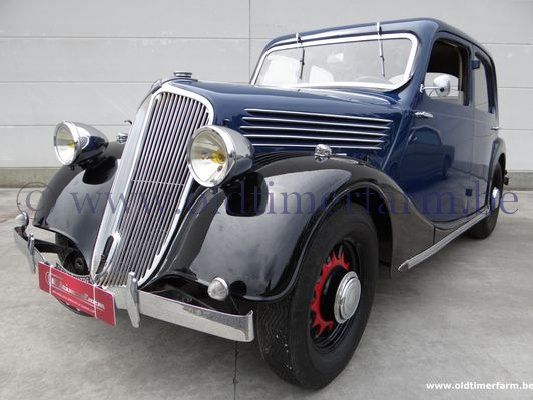 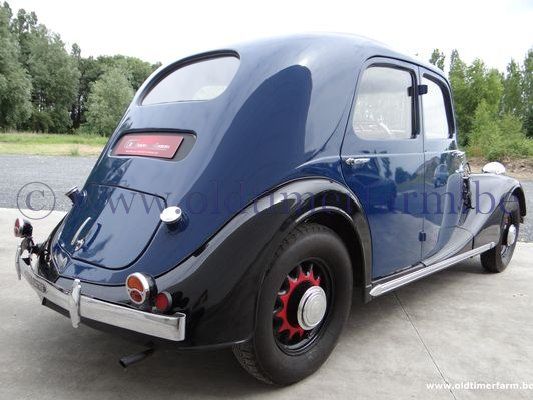 Reference ch. 0063
Make Renault
Model Celtaquatre
Type berline
Construction year 1936
KM 07543
Cilinder displacement 1463
Gears manual
Steering left hand drive
The Renault Celtaquatre is a small family car or compact car automobile produced by the French manufacturer Renault between 1934 and 1938. While being French, it looked much like an American car. 1934-1938: four-cylinder 1463 cc side-valve engine, 30 hp, bore × stroke of 70×95 mm In May 1934 the Celtaquatre is presented. It is intended to compete with the Citroen Traction Avant. Its rounded silhouette gave it the nickname Celtaboule ("Celtaball"). In 1935, adjustments are made to the bonnet, with horizontal chrome-lined openings in place of the earlier three shutters. Two-tone paintwork is standard. A supplement of 400 francs is required for a single color. In 1936, the Celtaquatre loses its roundness and takes on a more aerodynamic shape. Appearance of two new body types: a Convertible and a Coach. In 1937, the Celtaquatre receives an American-inspired V-shaped grill, which is retained throughout the rest of the model's production. In 1938, A new bumper design appears to right blades. The coupé is discontinued. 1939: the Celtaquatre is replaced by the Juvaquatre after production of 44,000 units. 1940: Most of the Celtaquatre cars remaining in stock are delivered to the French Army. 1941 (July): The very last 13 Celtaquatre cars are transformed into a small series of Novaquatre. Specifications Bodywork Length : cm (in): Width : cm (in): Height : cm (in): Wheelbase : cm (in) : Weight: kg (lb) : 1150 (2538) Mechanics. Displacement : straight four 1463 cc (89 cid) Valve gear : 8 Fuel system : 1 carburettor Gearbox : 3 speed manual Driven wheels : rear-wheel drive Maximum power : 30 bhp at 3600 rpm Maximum torque : Top speed : 60 mph
Read more