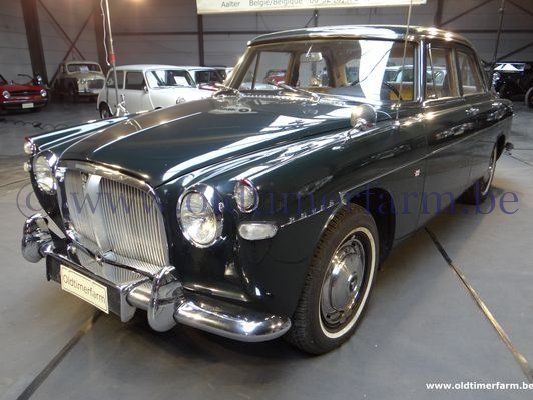 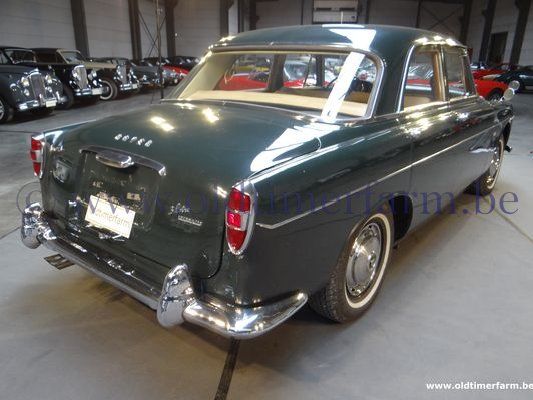 Dutch papers
Summary (from Wikipedia, the free encyclopedia) The Rover P5 series, was a group of large saloon and coupé automobiles produced from 1958 until 1973. Models were marketed under the names Rover 3 Litre, Rover 3.5 Litre and Rover 3½ Litre. The P5 was a much larger car than the P4 which in some respects it replaced. It was extremely popular with United Kingdom Prime Ministers and government officials of its day. Queen Elizabeth II is said to have favoured driving her P5. The P5 appeared in September 1958, badged as the "3-litre". It was powered by a 2,995 cubic centimetres (182.8 cu in) engine. This straight-6 IOE engine used an overhead intake valve and side exhaust valve, an unusual arrangement inherited from the Rover P4. In this form, output of 115 brake horsepower (86 kW) was claimed. An automatic transmission, overdrive on the manual, and Burman power steering were optional with overdrive becoming standard from May 1960. Stopping power came originally from a Girling brake system that employed 11-inch (280 mm) drums all round, but this was a heavy car and by the time of the London Motor Show in October 1959 Girling front-wheel power discs brakes had appeared on the front wheels. The suspension was independent at the front using wishbones and torsion bars and at the rear had a live axle with semi-elliptic leaf springs.
A Mark I-A line, introduced in September 1961, featured a minor restyle with added front quarter windows, intended to "assist the dashboard ventilation". Under the metal, the 1A featured modifications to the engine mountings and the automatic transmission and hydrosteer variable ratio power steering as an option. The Mark II version of the P5 was introduced in 1962. It featured more power,129 horsepower (96 kW), from the same '3.0 L' engine and an improved suspension, while dropping the glass wind deflectors from the top of the window openings which also, on the front doors, now featured "quarterlight" windows (Quarter glass in US English). The most notable addition to the range was the option of the Coupé body style launched in autumn 1962. Unlike most coupés, which tend to be two-door versions of four-door saloons, this retained the four doors and was of the same width and length as the saloon, but featured a roofline lowered by two and a half inches (6 cm) along with thinner b-pillars, giving it the look of a hardtop. Hydrosteer was standard on the Coupe and optional on the Saloon.
Production of the Mark II ended in 1965, by which time 5,482 coupés and 15,676 saloons had been produced.
Specifications
Bodywork
Length : cm (in): 473 (186.5)
Width : cm (in): 178 (70)
Height : cm (in): 150 (59.3)
Wheelbase : cm (in) : 281 (111)
Weight: kg (lb) : 1651 (3640)
Mechanics.
Displacement : straight 6 2995 cc (183 ci)
Valve gear : 12
Fuel system : 1 SU carburettor
Gearbox : 4, manual
Drive wheels : rear-wheel drive
Maximum power : 134 bhp at 5000 rpm
Maximum torque : 217 Nm at 1750 rpm
Maximum speed : 174 km/h (108 mph)