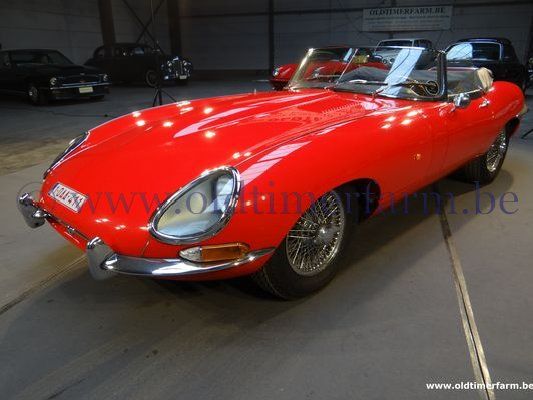 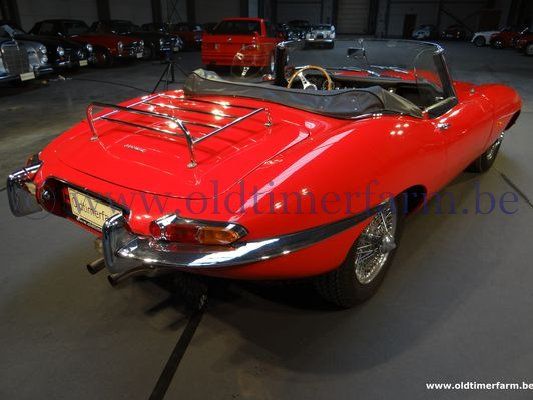 (from Wikipedia, the free encyclopedia)  The Jaguar E-Type (UK) or XK-E (US) is a British automobile manufactured by Jaguar between 1961 and 1975. Its combination of good looks, high performance, and competitive pricing established the marque as an icon of 1960s motoring. A great success for Jaguar, over seventy thousand E-Types were sold during its lifespan.
In March 2008, the Jaguar E-Type ranked first in Daily Telegraph list of the "100 most beautiful cars" of all time. In 2004, Sports Car International magazine placed the E-Type at number one on their list of Top Sports Cars of the 1960s.
After the company's success at the LeMans 24 hr through the 1950s, Jaguar's defunct racing department was given the brief to use D-Type style construction to build a road going sports car, replacing the XK150.
It is suspected that the first prototype (E1A) was given the code based on: (E): The proposed production name E-Type (1): First Prototype (A): Aluminium construction (Production models used steel bodies)
The car featured a monocoque design, Jaguar's fully independent rear suspension and the well proved "XK" engine.
The car was used solely for factory testings and was never formally released to the public. The car was eventually scrapped by the factory.
The Series 1 was introduced, initially for export only, in March 1961. The domestic market launch came four months later in July 1961. The cars at this time used the triple SU carburetted 3.8 litre 6-cylinder Jaguar XK6 engine from the XK150S. The first 500 cars built had flat floors and external hood (bonnet) latches. These cars are rare and more valuable. After that, the floors were dished to provide more leg room and the twin hood latches moved to inside the car. The 3.8 litre engine was increased to 4.2 litres in October 1964.
3.8 litre cars have leather-upholstered bucket seats, an aluminium-trimmed centre instrument panel and console (changed to vinyl and leather in 1963), and a Moss 4-speed gearbox that lacks synchromesh for 1st gear ("Moss box"). 4.2 litre cars have more comfortable seats, improved brakes and electrical systems, and an all-synchromesh 4-speed gearbox. 4.2 litre cars also have a badge on the boot proclaiming "Jaguar 4.2 Litre E-Type" (3.8 cars have a simple "Jaguar" badge). Optional extras included chrome spoked wheels and a detachable hard top for the OTS.
Specifications. Body : length/width/height/wheelbase  cm (in) : 445/163/122/244 (175.2/64.3/48/96.1); weight : 1140 kg (2516 lb).
Engine : front-mounted 6 cylinders in line 3781 cc (231 ci), 3x2 carbs, manual 4-speed, rear-wheel drive. Maximum power : 228 bhp @ 5400 rpm. Top speed : 239 km/h (149 mph); 0-60 in 6,7 sec.