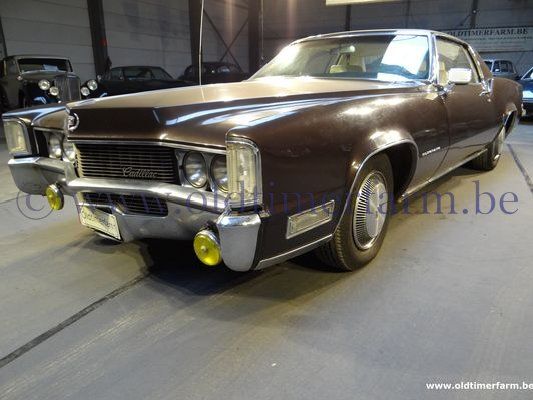 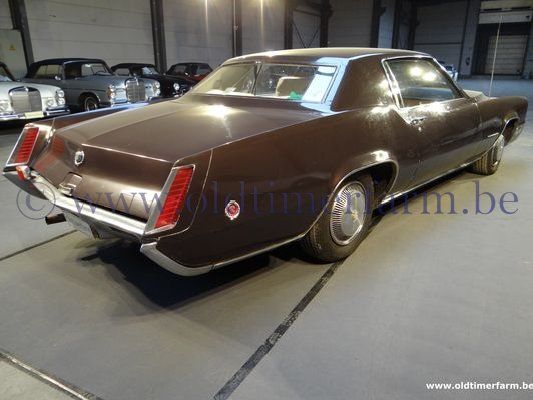 (from Wikipedia, the free encyclopedia)Â  The name EldoradoÂ was proposed for a special show car built in 1952 to mark Cadillac's Golden Anniversary; it was the result of in-house competition won by Mary-Ann Marini (nÃ©e Zukosky ), a secretary in the company's merchandising department. Another source, Palm Springs Life magazine, attributes the name to a resort destination in California's Coachella Valley that was a favorite of General Motors executives. However, the Eldorado Country Club in Indian Wells, California was not founded until 1957 - five years after Cadillac's naming competition. In any case, the name was adopted by the company for a new, limited-edition convertible that was added to the line in 1953.
The name Eldorado was derived from the Spanish words "el dorado", which is translated "the gilded one" or "the golden one" in English; the name was originally given to the legendary chief or "cacique" of a South American Indian tribe. Legend has it that his followers would sprinkle his body with gold dust on ceremonial occasions and he would wash it off again by diving into a lake. The name more frequently refers to a legendary city of fabulous riches, somewhere in South America, that inspired many European expeditions, including one to the Orinoco by England's Sir Walter Raleigh.
When GM's full-size cars were redesigned for 1971, the Eldorado regained both a convertible model and its fender skirts. The 126.3-inch (3,210 mm) wheelbase version of the Eldorado would run through 1978, receiving facelifts in 1973 and 1975. As before, the Eldorado and Toronado shared the front-wheel drive E-body chassis, while the Riviera (which would temporarily switch to the "B" platform for 1977) remained rear-wheel drive.
Although the door glass on all Eldorados remained frameless, the hardtop rear quarter windows vanished, replaced by a fixed "opera window" in the widened "C" pillar. This was likely done to conform to threatened Federal rollover safety standards that were scheduled to take effect by the mid-1970s.
Starting in 1973 the Eldorado was removed from Fleetwood sub-series status and restablished as its own totally separate series.[20][1][2]
The Cadillac Eldorado was chosen as the pace car for the Indianapolis 500 Mile Race in 1973. All in all, Cadillac produced 566 of these special pace car convertibles. 33 were used at the track during the race week and the remaining 513 cars were distributed to the U.S. Cadillac dealers (one for each dealership), which were then sold to the general public.
A redesigned instrument cluster was phased in during the 1974 model year (known as the 'space age' instrument panel from Cadillac literature), also shared with Calais, DeVilles and Fleetwoods.
For 1977, the Eldorado received a new grille with a finer crosshatch pattern. The convertible was canceled (although Custom Coach of Lima, Ohio took a few brand-new 1977 and 1978 Eldorados into their coachbuilder facilities and converted into coach convertibles using salvaged parts from 1971-76 Eldorados; Cadillac did not produce convertibles after 1976). The 8.2L V8 of 1970-76 gave way to a new 7L V8 with 180 bhp (134 kW). Minor changes followed in 1978.
This generation of Eldorados produced between 1971 and 1978 were sometimes customized as seen in films like Dolemite, Superfly, Highwaymen (film), The Mack, Willie Dynamite, (the customized Eldorado seen in Willie Dynamite is similar to the one seen in Magnum Force) and even the James Bond film Live and Let Die. An Eldorado was also used in Rob Zombie's second film, The Devil's Rejects as the car that the character Charlie drove. Customizers such as Les Dunham Coachworks have modified brand-new Eldorados with headlight covers (commonly known as Superfly headlights), grille caps, a 1941 goddess hood ornament, lake pipes, and thick-padded vinyl tops, usually with circular porthole windows.
GM announced that the Eldorado's 50th model year, 2002, would be its last. To mark the end of the historic name, a limited production run 1,596 of cars in red or white - the colors available on the original 1953 convertible - were produced in three batches of 532, signifying the Eldorado's first year of production.
Specifications.
Bodywork. Length/width/height/wheelbase â cm (in) : 561/203/136/305 (221/80/53.7); weight : 2130 kg (4696 lb).
Mechaniek. V8 7725 cc (471.5 ci), front mounted, 16 valves, 1 Rochester carburettor, automatic 3 speed gearbox, front wheel drive. Maximum power : 380 bhp at 4400 rpm; torque : 712 Nm at 3000 rpm. Top speed : 203 km/h (128 mph).