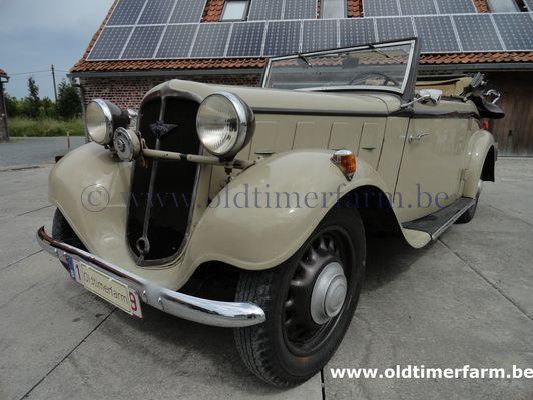 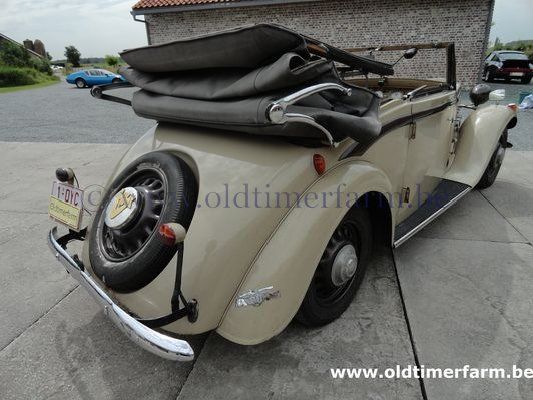 (from Wikipedia, the free encyclopedia) Hanomag (Hannoversche Maschinenbau AG) was a German producer of steam locomotives, tractors, trucks and military vehicles in Hanover. Hanomag first achieved international fame by delivering a large number of steam locomotives to Finland, Romania and Bulgaria before World War I. Over the years they added automobiles and construction machinery to their line. Since 1989, the company has been part of the Komatsu company.
The company dates back to 1835 when Georg Egestorff founded in Linden near Hanover a company called Eisen-Giesserey und Maschinenfabrik Georg Egestorff to build small steam engines. They soon started making farm machinery and in 1846 built their first railway locomotive for the Royal Hanoverian State Railways. By 1870 they had made 500 locomotives and in 1871 changed their name to Hannoversche Maschinenbau Actien-Gesellschaft vorm. Georg Egestorff, Linden vor Hannover. Road vehicles followed when in 1905 they received a contract for steam waggons for the German army.
Petrol engined vehicles followed in 1912 with a line of farm tractors.
By the 1920s, the market for steam road vehicles was in terminal decline and Hanomag looked to cars as the future, particularly economy models. In 1925, they launched the Hanomag 2/10, a 370 kg (816 lb) open two seater with a rear-mounted 500cc[1] single-cylinder water cooled engine. Named Zweisitzer Limousine (two-seat limousine)[2] by the company, its rounded front and rear gained it the nickname Kommissbrot for its resemblance to a loaf of Army bread. Although made in large numbers, 15,775 in total, it did not make much money for the company and in the late 1920s the railway locomotive division was sold to Henschel & Son of Kassel.
A more conventional car, the 3/16PS, and the first diesel engined tractors, came in 1928, taking the company back into profit. Hanomag were badly hurt by the drop in trade in 1929 and built a large stock of unsold vehicles. Things improved in 1930 and the company got 14 per cent of the domestic car market, second place behind Opel, but in 1931 a new crisis came when the banks called a loan. The factory was mortgaged to Hannover City and the Vereinigte Stahlwerke trust and the company relaunched as Hanomag Automobil und Schlepperbau GmbH.
For 1932, a new small car, the 1.1 Litre, renamed the Garant in 1934, was announced and sold well allowing two shift working to be introduced and it was joined by the larger 1.5 litre Rekord (a name later used by Opel) in 1933 with independent front suspension. A diesel Rekord was shown at the 1936 Berlin Motor Show.
Specifications.
Bodywork. Length/width/height/wheelbase (cm) : 425/152/161/282; weight : 1050 kg.
Motor. Front inline 1504 cc, 34 bhp at 3000 rpm.