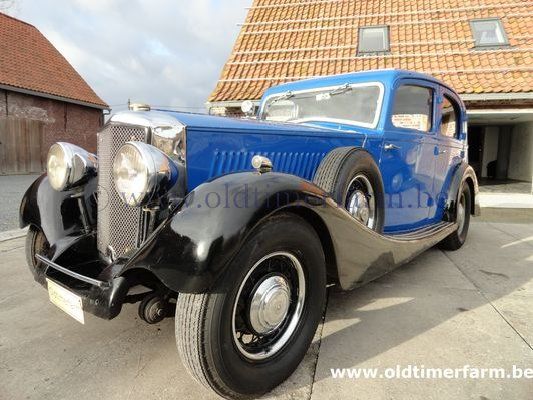 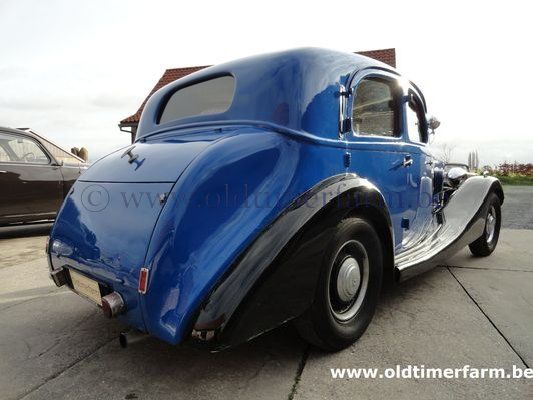 A very impresive RAILTON Cobham saloon. It has been off the road for 12 years. We purchased it from executors as the previous owner had died. We don't reall know a lot about its history. It is now running and driving. The brakes need sorting out and general TLC . It is in good sound condition with no rust or body problems. It appears the engine was rebuilt at some point after 1987 as there is a reciept for facing block, honing bores, new white metal bearings etc. It has been re upholstered in tan leather , in good condition.
(from Wikipedia, the free encyclopedia)  Railton was a British car maker based in Cobham, Surrey between 1933 and 1940. There was an attempt to revive the marque by a new company between 1989 and 1994 in Alcester, Warwickshire.
The company was started by Noel Macklin who was looking for a new car making venture after he sold his Invicta company in 1933. The name came from Reid Railton, the world speed record car designer, but his input was probably small although he did receive a royalty on each car sold.
The first car was made by fitting a British body made by coachbuilder Ranalah to a 4010 cc, 8 cylinder Hudson Terraplane chassis. The resulting machine, at first available as a two door tourer, was lighter than the original and had, for the time, exceptional performance with a 0-60 mph time of 13 seconds.  A saloon bodied version was soon added to the range and the cars were priced at £499.
In 1935 the original Terraplane chassis was replaced by the one from the Hudson Eight and the engine grew to 4168 cc and a wider range of bodies from several coachbuilders was on offer. Two special lightweight models were made in 1935 and with a 0-60 time of 8.8 seconds were claimed to be the fastest production cars in the world. Altogether 1379 of the Railton 8 were made.A smaller six-cylinder car, the 16.9 was added in 1937 using a 2723 cc Hudson 6 cylinder engine and chassis, but only 81  were made in saloon or drophead coupé form and priced at £399.
An even smaller Railton, the 10 hp, joined the range in 1938 built on a Standard Flying Nine chassis and with either saloon or drophead coupé bodywork was claimed to be "A famous name in miniature". 51 were made selling at £299.  In 1938 Motor Sport tested a 28.8 h.p. Railton Cobham saloon, FPH 970, offered for sale at £698. Noel Macklin turned his attention to powerboats in 1939 and he sold the company to Hudson Motor Car Company of Detroit, Michigan, who transferred production to their Chiswick, London works. However, the outbreak of war in 1939 stopped production.
After World War II a few cars were completed using pre war parts and a new model was built and shown at the 1949 London Motor Show. However, at nearly £5000 the car was incredibly expensive and it never went into production.
Specifications.
Bodywork. Length/width/height/wheelbase – cm (in) : 452/172/--/297 (178/68/--/117); weight : 1183 kg (2608 lb).
Engine. Inline 8 4170 cc, front-mounted, 16 valves, rear-wheel drive. Maximum power : 113 bhp @ 3800 rpm. Top speed : 160 km/h (100 mph).