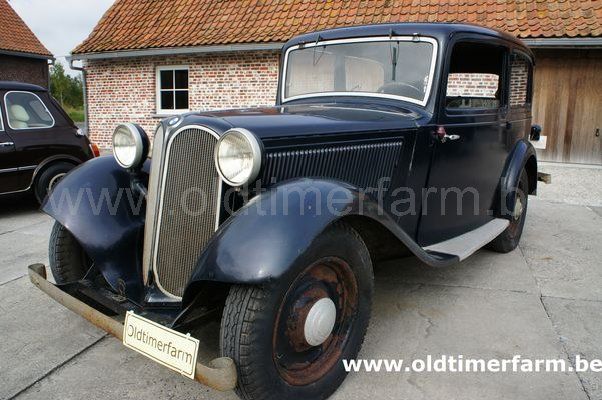 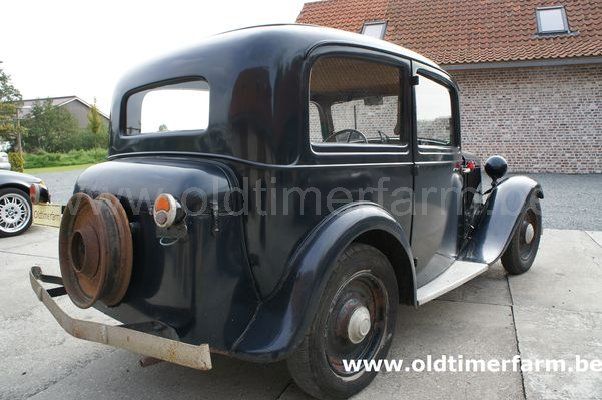 BMW entered existence as a business entity following a restructuring of the Rapp Motorenwerke aircraft engine manufacturing firm in 1917.  After the end of World War I in 1918, BMW was forced to cease aircraft engine production by the terms of the Versailles Armistice Treaty. The company consequently shifted to motorcycle production in 1923 once the restrictions of the treaty started to be lifted, followed by automobiles in 1928–29.
Around 1931, BMW began to design its own first car. The new model introduced in March 1932, the 3/20 PS AM 1, appealed to customers because of its space and its high level of quality, despite its barely sufficient engine output. It also suffered from poor front axle design. The BMW designers' high standards were by no means satisfied even with this car: in Germany, meanwhile, the national economy was becoming ever stronger and it was becoming possible to sell luxury cars as well.A new car, was therefore introduced in 1933, the BMW 303, with new chassis and suspension design features aimed at satisfying higher standards. For it, engine designer Rudolf Schleicher developed one of the smallest six-cylinder inline engines at that time; it had an output of 30 hp and made the car, which also had a more spacious and more pleasing body built by Daimler-Benz in Sindelfingen, a most attractive performer. In order not to lose customers after the end of 3/20 production, the Type 309 was launched at the start of 1934 and combined the chassis and body of the BMW 303 with the less expensive driveline of the BMW 3/20. In order to match the engine output to the greater vehicle weight, the swept volume was increased to almost 850 cc, thus gaining 2 horsepower. But even with 22 horsepower, the Type 309 was amongst the less exciting cars of its day -capable of scarcely more than 80 km/h.  6,000 customers, however, were more impressed by the otherwise substantial benefits of this model such as economy and a high degree of comfort for a car of this class. Type 309 was able to offer the public a low-cost small car with excellent road behaviour and an attractive appearance. There were various versions available from the factory in Eisenach -saloon, convertible saloon, a two-door convertible and tourer. In addition, over 1,000 chassis were sold for individual bodies to be fitted, and some 100 BMW 309s were used as reconnaissance vehicles by the Wehrmacht (German Army).
BMW 309 production numbers and type of body:
· 2,859 saloon/sedan
· 1,456 soft-top saloons/sedans
· 284 two-door convertibles
· 179 open four-seaters
· 101 reconnaissance vehicles
· 1 roll-top saloon/sedan
· 1,120 chassis with special bodywork
Specifications.
Bodywork. Length/width/height/wheelbase – cm (in) : 375/144/155/240 (147.6/56.7/61/94.5); weight : 750 kg (1653 lb)
Engine. Inline 4 cylinders front-mounted, 8 valves, 1 Solex Carburettor, rear-wheel drive. Maximum power : 23 bhp. Top speed : 80 km/h (50 mph).