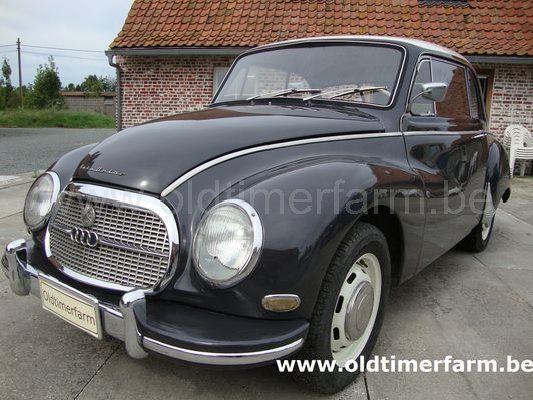 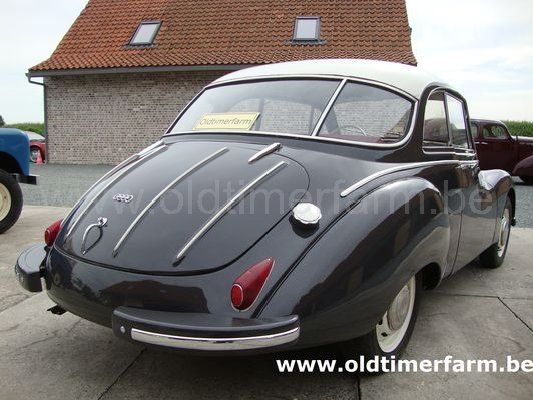 1958 Auto Union DKW F93 2 Door Sedan.
Because we try to think ahead and concern ourselves with future 'Gems' we believe that the DKW F93 is a serious future classic. The 'F' stands for front wheel drive, and this marque was one of the first to perfect this engineering feat. This car is presently languishing at our Orestiada paint shop, ready for our restoration process to start. It has an unusual 2 stroke engine which drives the front wheels, leaving the main body of the car free of tunnels and other space consuming lumps.
Specification:
The engine is a 2 stroke 900 cc 40 BHP unit of three cylinders with a single Solex carburetor, and has a steering wheel mounted gear lever. This is a later model vehicle, which in our opinion, is vastly more interesting than all those run of the mill German classics which litter the internet, which hardly reflect the Retro Period, but just smell of big money. This little eye catcher stands side by side with the Morris Minor, Series Land Rover, and our beloved MG's of all sorts;not forgetting the Ford Capri, and Escort! A recent import from Switzerland, this is a standard left hand drive unit, registered in Zurich on the 27th March 1958. The DKW F93; also known as the Grosse 3=6, is the two door version, and has the panoramic rear windows and the Saxomat automatic centrifugal clutch.
Overall:
This is a fairly straight condition, because the basic vehicle quality is good, and like many post war cars it has plenty of metal in it, is tough and resilient. The mechanics are good, and the general condition of the transmission seem to operate well. We still have the original radio, and many extra spare parts. Spare parts can also be purchased from South Africa - where there are a few such RHD cars - and also Brazil, where a version was manufactured.