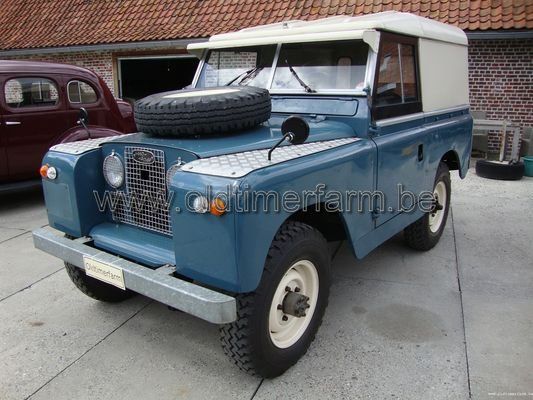 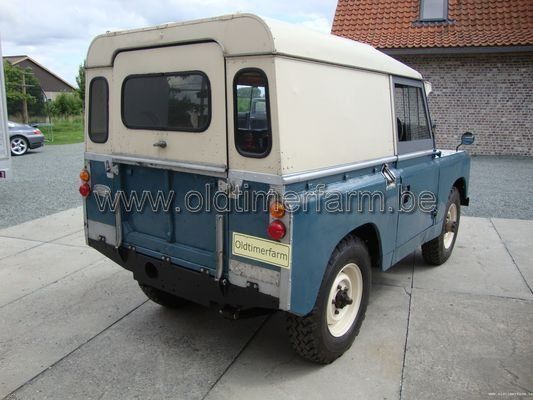 (from Wikipedia, the free encyclopedia)  Land Rover is a British car manufacturer with its headquarters in Gaydon, Warwickshire, United Kingdom which specialises in four-wheel-drive vehicles. It is owned by the Indian company Tata Motors, forming part of their Jaguar Land Rover (JLR) group. It is the second-oldest four-wheel-drive car brand in the world (after Jeep).
The Land Rover name was originally used by the Rover Company for one specific vehicle model, named simply the Land Rover, launched by Rover in 1948. Over the following years it developed into a marque encompassing a range of four-wheel-drive models, including the Defender, Discovery, Freelander, Range Rover, Range Rover Sport and Range Rover Evoque. Land Rovers are currently assembled in the company's Halewood and Solihull plants, with research and development taking place at JLR's Gaydon a d Whitley engineering centres. Land Rover sold 194,000 vehicles worldwide in 2009.
Land Rover has had several owners during its history. In 1967 the Rover Company became part of Leyland Motor Corporation and in 1968 Leyland Motor Corporation itself merged with British Motor Holdings to form British Leyland. In the 1980s British Leyland was broken-up and in 1988 Rover Group, including Land Rover, was acquired by British Aerospace. In 1994 Rover Group was acquired by BMW. In 2000 Rover Group was broken-up by BMW and Land Rover was sold to Ford Motor Company, becoming part of its Premier Automotive Group. In June 2008 Ford sold both Land Rover and Jaguar Cars to Tata Motors.
The design for the original Land Rover vehicle was started in 1947 by Maurice Wilks, chief designer at the Rover Company, on his farm in Newborough, Anglesey.[10] It is said that he was inspired by an American World War II Jeep that he used one summer at his holiday home in Wales.[citation needed] The first Land Rover prototype, later nicknamed 'Centre Steer', was built on a Jeep chassis.
The early choice of colour was dictated by military surplus supplies of aircraft cockpit paint, so early vehicles only came in various shades of light green; all models until recently feature sturdy box section ladder-frame chassis.
The early vehicles, such as the Series I, were field-tested at Long Bennington and designed to be field-serviced; advertisements for Rovers cite vehicles driven thousands of miles on banana oil. Now with more complex service requirements this is less of an option. The British Army maintains the use of the mechanically simple 2.5 litre 4-cylinder 300TDi engined versions rather than the electronically controlled 2.5 litre 5-cylinder TD5 to retain some servicing simplicity. This engine also continued in use in some export markets using units built at a Ford plant in Brazil, where Land Rovers were built under license and the engine was also used in Ford pick-up trucks built locally. Production of the TDi engine ended in the United Kingdom in 2006, meaning that Land Rover no longer offers it as an option. International Motors of Brazil offer an engine called the 2.8 TGV Power Torque, which is essentially a 2.8 litre version of the 300TDi, with a corresponding increase in power and torque. All power is combined with an All-Terrain Traction Control which gives active terrain response; Ferrari uses a similar system in race traction.
During its ownership by Ford, Land Rover was associated with Jaguar. In many countries they shared a common sales and distribution network (including shared dealerships), and some models shared components and production facilities.
On 11 June 2007, Ford Motor Company announced its plan to sell Land Rover, along with Jaguar. Ford retained the services of Goldman Sachs, Morgan Stanley and HSBC to advise it on the details of the deal. The buyer was initially expected to be announced by September 2007, but the sale was delayed and an announcement was not made until March 2008. A UK-based private equity firm, Alchemy Partners, and the India-headquartered Tata Motors and Mahindra and Mahindra expressed interest in purchasing Jaguar and Land Rover from the Ford Motor Compan.  Before the sale was announced, Anthony Bamford, chairman of British excavators manufacturer JCB, had expressed interest in purchasing Jaguar Cars in August, the year previously,  only to back out when told the sale would also involve Land Rover, which he did not wish to buy.  Tata Motors received endorsements from the Transport and General Workers' Union (TGWU)-Amicus  combine and Ford as a preferred bidder.
Specifications.
Body. Length/width/height/wheelbase  cm (in) : 445/168/205/276 (175/167/181//224); weight : 1430 kg (3112 lb).
Engine. Front-mounted inline 2286 cc (140 ci), carb, 4-speed manual, 4 wheel drive. Maximum power : 68 bhp @ 4000 rpm; torque : 115 lb-ft @ 2500 rpm. Top speed : 105 km/h (65 mph)