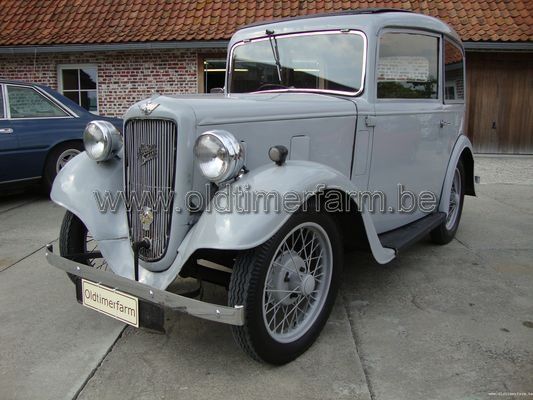 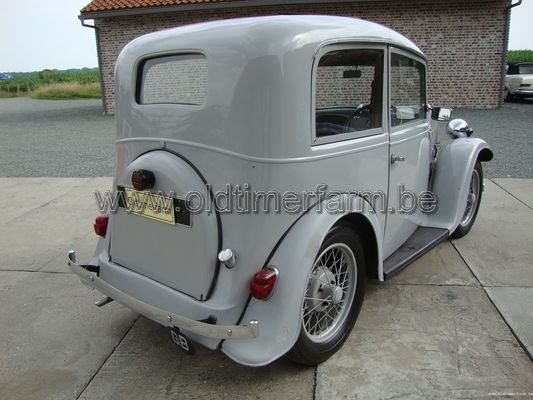 (from Wikipedia, the free encyclopedia) The Austin 7 was a car produced from 1922 through to 1939 in the United Kingdom by the Austin Motor Company. Nicknamed the "Baby Austin", it was one of the most popular cars ever produced for the British market, and sold well abroad. It wiped out most other British small cars and cyclecars of the early 1920s; its effect on the British market was similar to that of the Model T Ford in the USA. It was also licensed and copied by companies all over the world.[2] The very first BMW car, the BMW Dixi, was a licensed Austin 7, as were the original American Austins. In France they were made and sold as Rosengarts. In Japan Nissan also used the 7 design as the basis for their original cars, although not under licence. Many Austin 7s were rebuilt as "specials" after the Second World War,[3][4][5] including the first Lotus, the Lotus Mk1, which was based on an Austin 7.   Such was the power of the Austin 7 name that the company re-used it for early versions of the A30 in 1951 and Mini in 1959.
Until the First World War Austin built mainly large cars, but in 1909 they sold a single-cylinder 7 hp built by Swift of Coventry called the Austin Seven. After this they returned to bigger cars, but Sir Herbert Austin felt a smaller car would be more popular, in spite of protestations from the company's board of directors who were concerned about the financial status of the company. Austin won them over by threatening to take the idea to their competitor Wolseley, and got permission to start on his design, in which he was assisted by a young draughtsman called Stanley Edge who worked from 1921 into 1922 at Austin's home, Lickey Grange. Austin put a large amount of his own money into the design and patented many of its innovations in his own name. In return for the investment he was paid a royalty of two guineas (£2, 2s), (£2.10) on every car sold.
Nearly 2,500 cars were made in the first year of production (1923), not as many as hoped, but within a few years the "big car in miniature" had wiped out the cyclecar industry and transformed the fortunes of the Austin Motor Co. By 1939 when production finally ended, 290,000 cars and vans had been made.
The Austin 7 was considerably smaller than the Ford Model T. The wheelbase was only 6 ft 3 inches (1.905 m), and the track only 40 inches (1.016 m). Equally it was lighter - less than half the Ford's weight at 794 pounds (360 kg). The engine required for adequate performance was therefore equally reduced and the 747 cc sidevalve was quite capable with a modest 10 hp output.
The chassis took the form of an "A" with the engine mounted between the channel sections at the narrow front end. The rear suspension was by quarter elliptic springs cantilevered from the rear of the chassis while at the front the beam axle had a centrally mounted half elliptic transverse spring. Early cars did not have any shock absorbers. Brakes were on all wheels but at first the front brakes were operated by the handbrake and the rear by the footbrake, becoming fully coupled in 1930.
The 10.5bhp four-cylinder 747 cc, 56 mm bore by 76 mm stroke, side-valve engine was composed of an aluminium crankcase, cast iron cylinder block and cast iron cylinder head. The splash lubricated crankshaft (pressure fed on some sports models) at first ran in two bearings changing to three in 1936. An electric starter was fitted from November 1923. The early cars used magneto ignition, but this was changed to coil in 1928. The 3-speed and reverse gearbox was integral with the engine, and had a variety of ratios depending on application. A four-speed gearbox was introduced in 1932 and in 1933 synchromesh was added to third and top ratios extending to second gear in 1934.
Reliant used a derivative of the Austin Seven engine for their early three-wheelers, before developing an aluminium alloy engine (used as the replacement for the Austin Seven engine by the 750 Motor Club in their Formula 750 motor sport).
Specifications.
Bodywork. Length/width/height/wheelbase – cm (in) : 270/117/159/191 (106.4/46.2/62.7/75); weight : 420 kg (927 lb).
Engine. Inline eight-valves 4 cylinders, front-mounted, rear-wheel drive. Maximum power : 11 bhp @ 2400 rpm. Top speed : 78 km/h (48 mph).