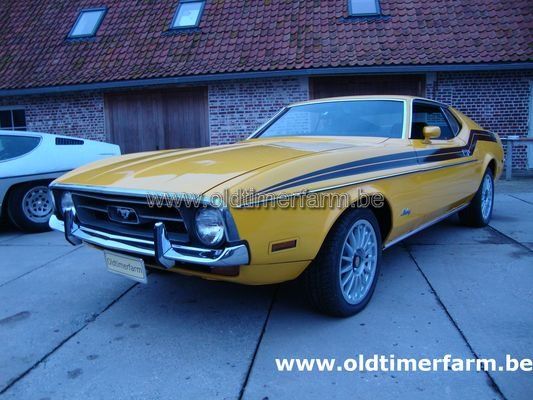 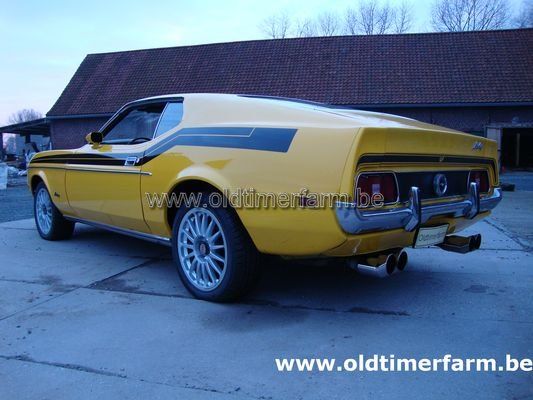 (from Wikipedia, the free encyclopedia)  The Ford Mustang is an automobile manufactured car by Ford Motor Company. It was initially based on the second generation North American Ford Falcon, a compact car Introduced early on April 17, 1964, the 1965 Mustang was the automaker's most successful launch since the Model A. The Mustang created the "pony car" class of American automobile  sports car-like coupes with long hoods and short rear decks  and gave rise to competitors such as GM's Chevrolet Camaro, AMC's Javelin, and Chrysler's revamped Plymouth Barracuda. It also inspired coupés such as the Toyota Celica and Ford Capri, which were exported to the United States.
Lee Iacocca's assistant general manager and chief engineer, Donald N. Frey was the head engineer for the Mustang projectsupervising the overall development of the Mustang in a record 18 months  while Iacocca himself championed the project as Ford Division general manager. The Mustang prototype was a two-seat, mid-mounted engine roadster. This vehicle employed a Taunus (Ford Germany) V4 engine and was very similar in appearance to the much later Pontiac Fiero.
It was claimed that the decision to abandon the two-seat design was in part due to the low sales experienced with the 2-seat 1955 Thunderbird. To broaden market appeal it was later remodeled as a four-seat car (with full space for the front bucket seats, as originally planned, and a rear bench seat with significantly less space than was common at the time). A "Fastback 2+2" model traded the conventional trunkspace for increased interior volume as well as giving exterior lines similar to those of the second series of the Corvette Sting Ray and European sports cars such as the Jaguar E-Type.
The new design was styled under the direction of Project Design Chief Joe Oros and his team of L. David Ash, Gale Halderman, and John Foster  in Ford's Lincoln  Mercury Division design studios, which produced the winning design in an intramural design contest instigated by Iacocca.
The Ford Mustang have been build since 1964 until now, in five generations.
Specifications. Body : length/width/height/wheelbase  cm (in) : 481/188/129/276 (189.5/74.1/50.8/109); weight : 1400 kg (3086 lb).
Engine : 6 inline cylinders, front-mounted, manual 4-speed gearbox, rear-wheel drive. Maximum power : 100 bhp @ 3600 rpm. Top speed : 160 km/h (100 mph).