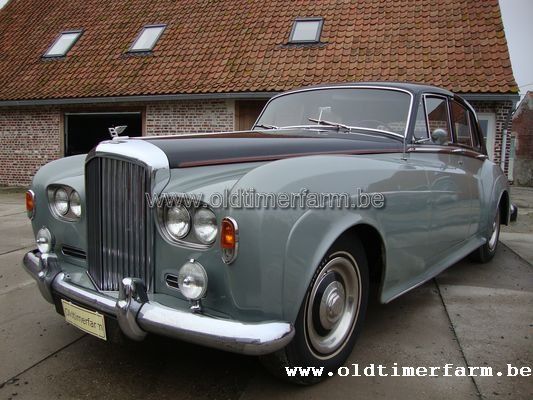 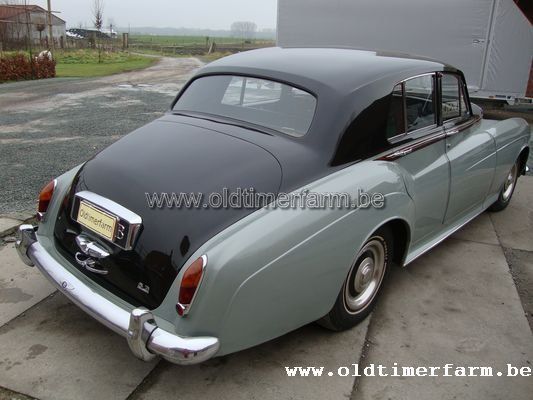 (from Wikipedia, the free encyclopedia)  The Bentley S3 was a luxury car produced by Bentley from 1962 until 1965.  The S3 looked very similar to the S2. The most-visible difference was a new turn indicator light in the nose rather than on the side, along with a four-headlamp layout that paved the way for the radically new Bentley T1 in 1965, a lower bonnet line and an altered grille. The interior was modified with individual seats for front passengers and increased leg room in the rear. The S3 continued the 6.2 L (6230 cc/380 in³) V8 engine introduced with the S2 but the carbs were larger and the induction system and compression ratios were modified. The power steering was also improved.
An S3 Continental was also built, most of them coachbuilt by H. J. Mulliner & Co.. Like earlier Continentals, the sportier S3 "fast back" bodywork was manufactured entirely from aluminium, unlike the heavier, steel bodied standard saloon. This, combined with higher gearing and the better compression ratios made for a markedly faster car. Four-doored Continentals bodied by H. J. Mulliner were known as the "Flying Spur", although four-door Continentals by other coachbuilders are sometimes erroneously referred to as "Flying Spurs" as well; the term only correctly refers to Mulliner's versions. Despite being highly desirable, the considerably more expensive Continentals were produced in much smaller numbers than the standard S3 saloon, which outsold it by a factor of four.
The S3 was built in the following quantities per model:
Bentley S3: 1286 (1 drophead coupé by H. J. Mulliner & Co.)
Bentley S3 long wheelbase: 32 (7 with coachbuilt bodies by James Young)
Bentley S3 Continental: 311 (291 by H.J. Mulliner and 20 by James Young)
Specifications. Body : length/width/height/wheelbase  cm (in) : 534/185/163/312 (210.2/72.8/64.2/123); weight : 2070 kg.
Engine : front V8 6230 cm³ (380 ci), 2 SU carburettors, automatic 4-speed gearbox, rear wheel drive. Maximum power : 150 bhp (supposed) at ? rpm. Top speed : ± 190 km/h (120 mph).