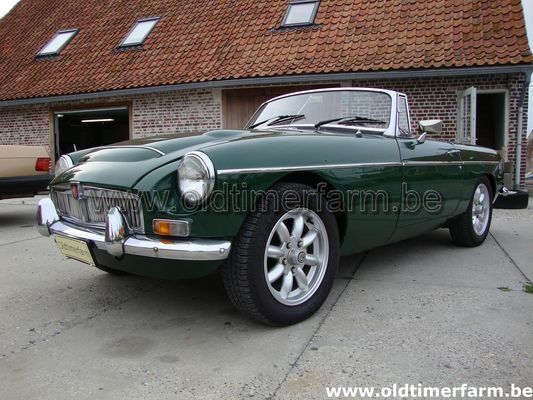 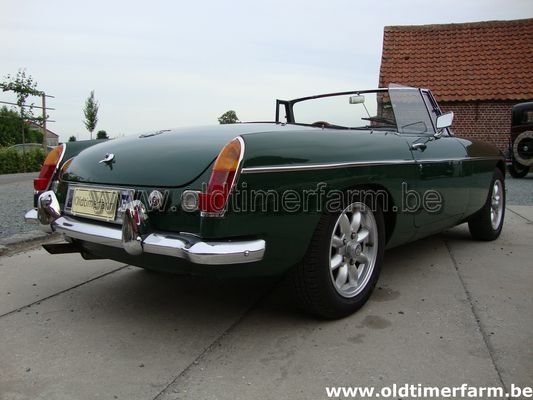 (from Wikipedia, the free Encyclopedia) The MGC was a 2912 cc, straight-6 version of the MGB sold from 1967 and produced through to August 1969 [] with some sales running on into 1970. The car was given the model code ADO52. It was intended as a replacement for the Austin-Healey 3000 which would have been ADO51 but in that form, never got beyond the design proposal stage. The first engine to be considered was an Australian-designed six cylinder version of the BMC B-Series but the production versions used a 7 main bearing development of the Morris Engines designed C-Series that was also to be used for the new Austin 3-litre 4-Door saloon. In the twin SU carburettor form used in the MGC the engine produced 145 bhp (108 kW) at 5250 rpm. The body shell needed considerable revision around the engine bay and to the floor pan, but externally the only differences were a distinctive bonnet bulge to accommodate the relocated radiator and a teardrop for carburettor clearance. It had different brakes from the MGB, 15 inch wheels, a lower geared rack and pinion and special torsion bar suspension with telescopic dampers. Like the MGB, it was available as a coupé (GT) and roadster. An overdrive gearbox or three-speed automatic gearbox were available as options. The car was capable of 120 mph (193 km/h) and a 0–60 mph time of 10.0 seconds. The heavy engine (209 lb heavier than the 1798 cc MGB engine) and new suspension changed the vehicle's handling, and it received a very mixed response in the automotive press. The MGC was cancelled in 1969 after less than two years of production. Today the car is considered very collectible and the main causes of the poor reputation relating to handling have in the main been overcome by better tyres and subtle modification of suspension settings. Simple tuning of the under developed straight six is also common and simple modifications to head, exhaust and cam release approx 30% more power and torque than original.
At the time of the car's launch the manufacturers stated that the Austin-Healey 3000 would continue to be offered as a parallel model, but priced on the domestic market at £1,126 at a time when the MGC came with a recommended sticker price of only £1,102. The statement seems to have been made in order to avoid having to sell off slow moving inventory cars at second hand prices, since Austin-Healey 3000 production ended with the launch of the MG MGC in 1967.
In 1969 HRH Prince Charles took delivery of an MGC GT (SGY 766F), which he passed down to Prince William 30 years later.
Specifications. Body : length/width/height/wheelbase – cm (in) : 390/152/127/231 (154/60/50.2/91); weight : 1116 kg (2460 lb).
Engine : 6-cylinders 2912 cc (178 ci), front-mounted, 4-speed, manual, rear-wheel drive; maximum power : 149 bhp @ 5250 rpm. Top speed : 202 km/h (126 mph).