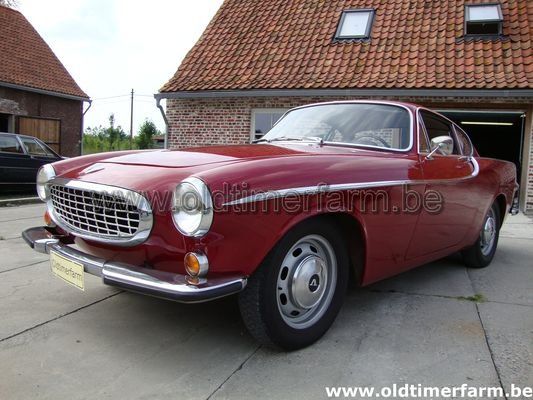 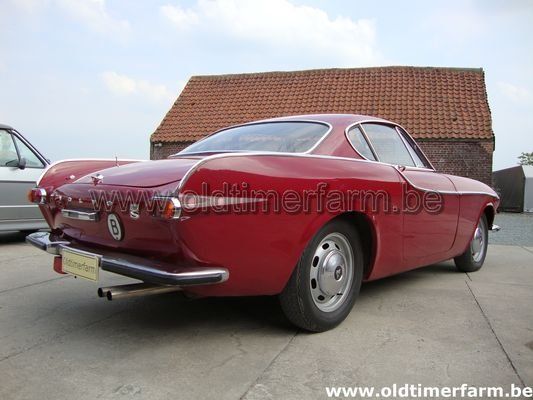 History. The project was started in 1957 because Volvo wanted a sports car, despite the fact that their previous attempt, the P1900, had been a disaster, with only 68 cars sold. The man behind the project was an engineering consultant to Volvo, Helmer Pettersson, who in the 1940s was responsible for the Volvo PV444. The design work was done by Helmer's son Pelle Pettersson, who worked at Pietro Frua at that time. Volvo insisted it was an Italian design by Frua and only admitted that Pelle Pettersson designed it in 2009.[2] The Italian Carrozzeria Pietro Frua design firm (then a recently acquired subsidiary of Ghia) built the first three prototypes, designated: P958-X1, P958-X2 and P958-X3. In December 1957 Helmer Petterson drove X1, (the first hand-built P1800 prototype) to Osnabrück, West Germany, headquarters of Karmann. Petterson hoped that Karmann would be able to take on the tooling and building of the P1800. Karmann's engineers had already been preparing working drawings from the wooden styling buck at Frua. Petterson and Volvo chief engineer Thor Berthelius met there, tested the car and discussed the construction with Karmann. They were ready to build it and this meant that the first cars could hit the market as early as December 1958. But in February, Karmann's most important customer, Volkswagen VAG, forbade Karmann to take on the job.[citation needed] They were afraid that the P1800 would compete with the sales of their own cars, and threatened to cancel all their contracts with Karmann if they took on the coachbuilding of this car. This setback almost caused the project to be abandoned. Other German firms NSU, Drautz and Hanomag were contacted but none of them were selected because Volvo did not believe these firms met their manufacturing quality control standards. It began to appear that Volvo might never produce the P1800. This motivated Helmer Petterson to obtain financial backing from two financial firms with the intention of buying the components directly from Volvo, and marketing the car himself. At this point Volvo had made no mention of the P1800 and the factory would not comment. Then a press release surfaced with a photo of the car, putting Volvo in a position where they had to acknowledge the car's existence. These events influenced the company to renew its efforts, and it turned to Jensen Motors whose production lines were under capacity, and they agreed to a contract of 10,000 cars. The Linwood, Scotland, body plant of manufacturer Pressed Steel was in turn contracted by Jensen to create the unibody shell, which then shipped via rail to be assembled at Jensen in West Bromwich, England. In September 1960, the first production P1800 (for the 1961 model year) left Jensen for an eager public. The engine provided was the B18 (B for the Swedish word for gasoline: Bensin; 18 for 1800cc displacement) with dual SU carburettors, producing 100 hp (75 kW). This variant (named B18B) had a different camshaft from, and higher compression than, the slightly less powerful twin-carb B18D used in the contemporary Amazon 122S. The 'new' B18 was actually developed from the pre-existing B36 V8 engine employed in Volvo trucks at the time. This cut production costs, as well as furnishing the P1800 with a strong engine boasting five main crankshaft bearings. The B18 was matched with the new and more robust M40 manual gearbox through 1963. From 1963 to 1972 the M41 gearbox with electrically actuated overdrive was a popular option. Two overdrive types were used, the D-Type through 1969, and the J-type through 1973. The J-type had a slightly shorter ratio of 0.797:1 as opposed to 0.756:1 for the D-type. The addition of this overdrive gave the 1800 series a defacto fifth gear, allowing it greater fuel efficiency and decreased drivetrain wear. Cars sold without overdrive had a numerically lower geared differential, which had the interesting effect of giving them a somewhat higher top speed (just under 120 mph) than the more popular overdrive models. This was because the non-overdrive cars could reach the engine's redline in top gear, while the overdrive-equipped cars could not, giving the latter a top speed of roughly 110 mph (177 km/h).As time progressed, Jensen had problems with quality control, so the contract was ended early at 6,000 cars. In 1963 production was moved to Volvo's Lundby Plant in Gothenburg and the car's name was changed to 1800S (the 'S' indicating Swedish assembly). The engine was improved with an additional 8 hp (6 kW). In 1966 the four-cylinder engine was updated to 115 hp (86 kW). In 1969 the B18 engine was replaced with the 2-liter B20B variant of the B20 giving 118 bhp (89 kW), though it kept the designation 1800S. For 1970 numerous changes came with the fuel-injected 1800E, which had the B20E engine with Bosch D-Jetronic fuel injection and a revised camshaft and produced 130 bhp (97 kW) from its 2-litres without sacrificing fuel economy. Top speed was around 190 km/h (just under 120 mph) and acceleration from 0–100 km/h (0-62.1 mph) was 9.5 seconds. In addition, the 1970 model was the first 1800 to appear with four-wheel disc brakes. Prior to this, the 1800 series had front discs and rear drums.
Specifications. Body : length/width/height/wheelbase – cm (in) : 440/168/128/245 (173.2/66/50.4/96.5); weight : 1090 kg (2406 lb).
Engine : 4-cylinders in line 1778 cc (109 ci), front-mounted, 4-speed manual, rear-wheel drive. Maxi power : 103 bhp @ 6000 rpm. Top speed : ± 180 km/h (110 mph); 0-60 mph : 12.6 sec.