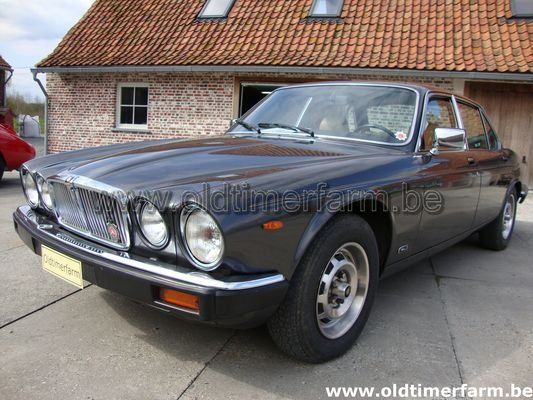 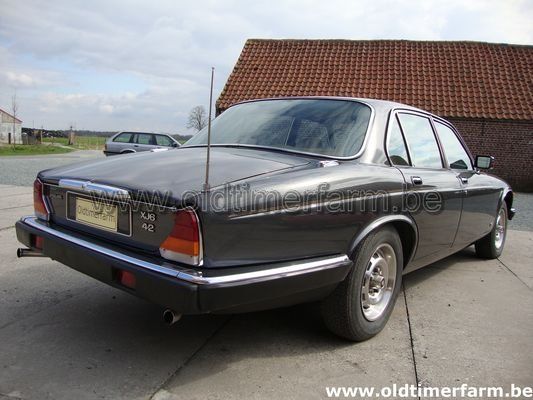 (from Wikipedia, the free encyclopedia) The XJ6, using 2.8 L (2790 cc/170 in³) and 4.2 L (4235 cc/258 in³) straight-six cylinder versions of Jaguar's renowned XK engine, replaced most of Jaguar's saloons – which, in the 1960s, had expanded to four separate ranges. The car was introduced in September 1968. Power assisted steering and leather upholstery were standard on the 2.8 L 'De Luxe' and 4.2 L models and air conditioning was offered as an optional extra on the 4.2 L. Daimler versions were launched in October 1969, in a series of television advertisements featuring Sir William. In these spots, he referred to the car as "the finest Jaguar ever". An unusual feature, inherited from the Jaguar Mark X, was the provision of twin fuel tanks, positioned on each side of the boot / trunk, and filled using two separately lockable filler caps: one on the top of each wing above the rear wheel arches. In March 1970 it was announced that the Borg-Warner Model 8 automatic transmission which the XJ6 had featured since 1968 would be replaced on the 4.2 litre engined XJ6 with a Borg-Warner Model 12 unit. The new transmission now had three different forward positions accessed via the selector lever, which effectively enabled performance oriented drivers to hold lower ratios at higher revs in order to achieve better acceleration. "Greatly improved shift quality" was also claimed for the new system. In late 1979 the XJ was facelifted again, and was known as the "Series III."Using the long-wheelbase version of the car, the XJ6 incorporated a subtle redesign by Pininfarina.Externally, the most obvious changes over the SII were the thicker and more incorporated rubber bumpers with decorative chrome only on the top edge, flush door handles for increased safety, a one-piece front door glass without a separate 1/4 light, a grille with only vertical vanes, reverse lights moved from the boot plinth to the larger rear light clusters and a revised roofline with shallower glass area.There were three engine variants including the 5.3L V12, the 4.2L straight 6 and 3.4L straight 6. The larger 6-cylinder, and V12 models incorporated Bosch fuel injection (made under license by Lucas) while the smaller 6-cylinder was carbureted. The smaller 3.4L 6-cylinder engine was not offered in the U.S.The short wheelbase saloon and coupé had been dropped during the final years of the Series II XJ. The introduction of the Series III model also saw the option of a sunroof and cruise control for the first time on an XJ model.
The 1979 UK model range included the Jaguar XJ6 3.4 & 4.2, XJ12 5.3, Daimler Sovereign 4.2 & Double-Six 5.3 and Daimler Vanden Plas 4.2 & Double-Six Vanden Plas 5.3.In 1982 the interior of the XJ underwent a minor update. A trip computer appeared for the first time and was fitted as standard on V12 models. A new and much sought-after alloy wheel featuring numerous distinctive circular holes was also introduced, commonly known as the "pepperpot" wheel. Also in 1982 a top spec Vanden Plas model was introduced for the US market, a model designation still used today for the top-level XJ saloon in the US.The 1984 UK model range included the Jaguar XJ6 3.4 & 4.2, Sovereign 4.2 & 5.3, Daimler 4.2 & Double Six 5.3.The last Series III XJ with a six-cylinder engine was produced in 1987.
Specification. Body : length/width/height/wheelbase –cm (in) : 496/177/138/287 (195.2/69.7/54.2/113); weight : 1785 kg (3940 lbs).
Engine : straight 6 4235 cc, front-mounted, 4-speed, automatic, rear-wheel drive: power : 205 bhp @ 5000 rpm. Top speed : 202 km/h (126 mph).