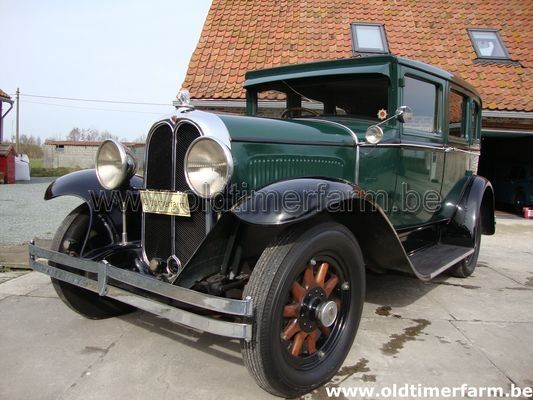 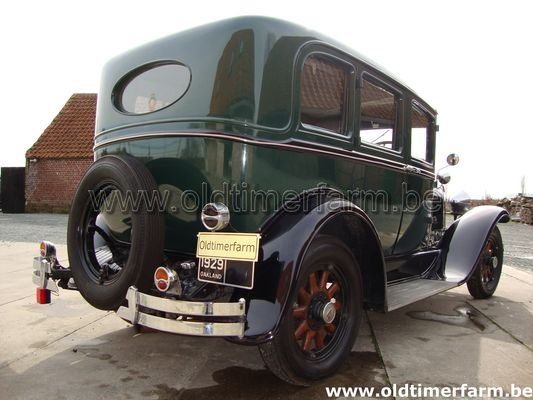 Within General Motors, Oakland was slotted above price leader Chevrolet and below the more premium Oldsmobile and Buick brand cars. In 1916, the company introduced a V8 engine, and Oakland initially flourished. By early 1920, however, production and quality control problems began to plague the division. In 1921, under new General Manager Fred Hannum, a consistent production schedule was underway and the quality of the cars improved. One marketing tactic was the employment of a quick-drying bright blue automotive lacquer by Duco (a DuPont brand product), leading to the slogan "True Blue Oakland". General Motors pioneered the idea that consumers would aspire to buy up an automotive product ladder if a company met certain price points. As General Motors entered the 1920s, the product ladder started with the price-leading Chevrolet marque, and then progressed upward in price, power and appointments to Oakland, Oldsmobile, Buick and ultimately to the luxury Cadillac marque.
However, by the mid 1920s, a sizable price gap existed between Chevrolet and Oakland, with the difference between an Oldsmobile and a Buick being even wider. There was also a product gap between Buick and Cadillac. To address this, General Motors authorized the introduction of four companion marques priced and designed to fill the gaps. Cadillac would introduce the LaSalle to fill the gap between Cadillac and Buick. Buick would introduce the Marquette to handle the upper end of the gap between Buick and Oldsmobile. Oldsmobile would introduce the Viking, which took care of the lower end of the same gap. This is often referred to as General Motors Companion Make Program.
Oakland's part in this plan was the 1926 Pontiac, a shorter wheelbase "light six" priced to sell at a 4 cylinder car's price point, but still above Chevrolet. Pontiac was the first of the companion marques introduced, and in its first year outsold the larger, heavier Oakland. By 1929, GM sold 163,000 more Pontiacs than Oaklands. The discontinuation of Oakland was announced in 1931 and the Pontiac would be the only one of General Motors' companion makes to survive beyond 1940, or to survive its "parent" make.