The Lancia Montecarlo (Type 137) is a Pininfarina-designed mid-engined car produced from 1975 to 1981.

Cars from the first series, which were produced from 1975 to 1978, were known as Lancia Beta Montecarlos and those from the second series, produced from 1980 to 1981, simply as Lancia Montecarlos.  Both series were offered in Coupé and Spider (Targa).  A modified version of the Spider was sold in the United States as the Lancia Scorpion during 1976 and 1977 (1.8 l, 81 HP).

Fiat was seeking a replacement for its 124 Coupe, so Pininfarina was commissioned to design and develop the replacement. However, Bertone came up with cheaper alternative, which became the Fiat X1/9.   For a premium level of equipment, Lancia chose the two-litre twin-cam four-cylinder motor from the Fiat 124 Sport coupé,  MacPherson suspension, five-speed gearbox, and disc brakes both front and rear. As the resulting Montecarlo shared very few components with the other Beta models, Pininfarina was chosen to build the car in its entirety.

The Montecarlo was available as a fixed head "Coupé" and as an open-roof "Spider" with a large folding canvas roof between solid A and B pillars.  The Beta Montecarlo was finally unveiled at the 45th Geneva Salon International in March 1975. First Series cars (from 1975 to 1978) were badged as Lancia Beta Montecarlo. They were named "Montecarlo", written as one word, not Monte Carlo, one of Monaco's administrative areas.

In 1978 the production of the Beta Montecarlo was halted. 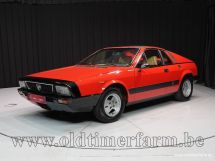 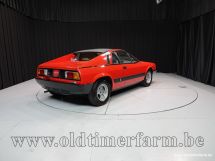