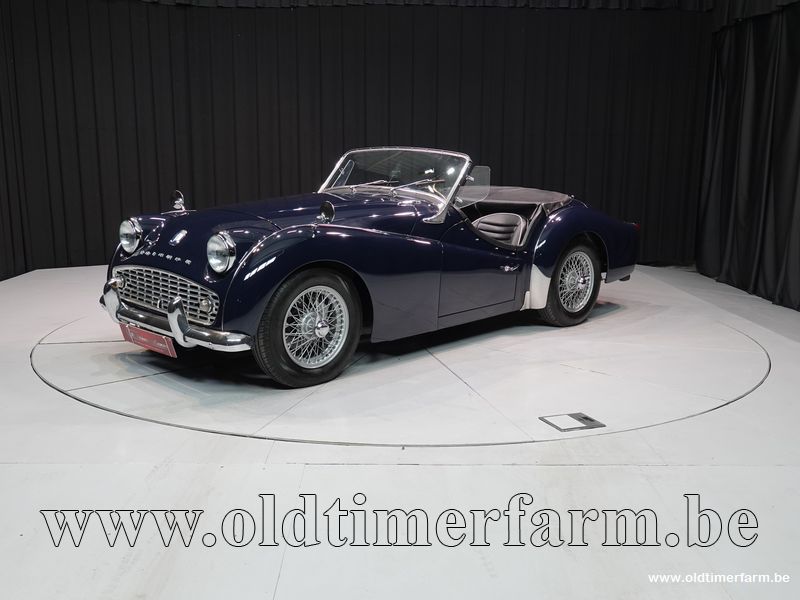 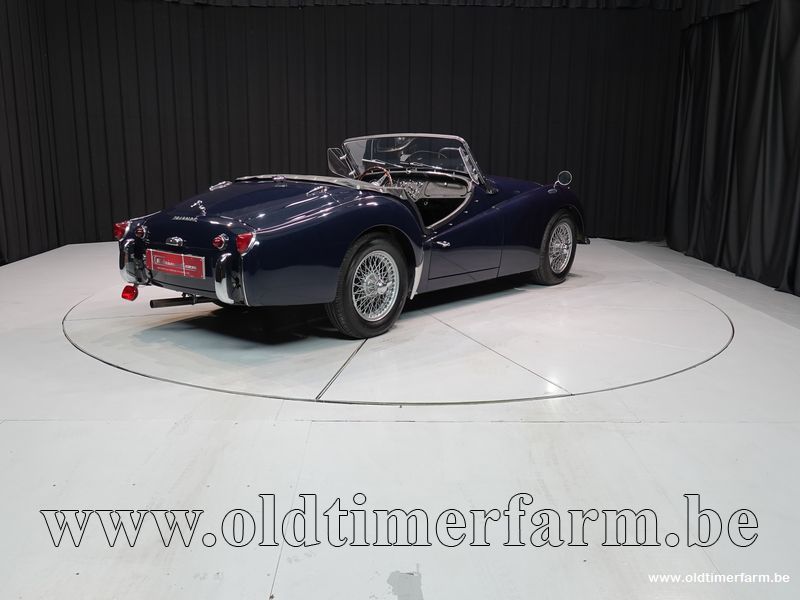 The Triumph TR3 was produced between 1955 and 1962.  A traditional roadster, the TR3 is an evolution of the company’s earlier TR2 model, with greater power and improved braking. Updated variants, popularly but unofficially known as the "TR3A" and "TR3B", entered production in 1957 and 1962 respectively. The TR3 was succeeded by the Triumph TR4, designed by Michelotti, and mechanically similar to the TR3.  The rugged ‘sidescreen’ TR, so named for its employment of removable plexiglass side curtains, was a sales and motorsport success. With approximately 74,800 TR3s sold across all variants, the model was the company’s third best seller in the TR range, behind the TR7 (111,500 units) and TR6 (94,500 units) models.  The Triumph was campaigned in races, hill climbs, and rallies across Europe and North America, with several outright, team, and class victories to its credit.

In 1957 the TR3 was updated with various changes including a full width radiator grille and this facelifted model was commonly referred to as the Triumph "TR3A". However the cars were not badged as such and the "TR3A" name was not used officially, as is evident from contemporary sales brochures.  The "TR3A" was built between 1957 and 1962.  Although the facelifted TR3 is often referred to as the TR3A, it is badged as "Triumph TR3".  The "TR3A" was updated with a wider front grill, exterior door handles, lockable boot handle and came with a full tool kit as standard (this was an option on the TR3).  In 1959 a slightly modified version came out with minor changes. It is estimated that only 9,500 of the original 58,000 built survive today.  The Triumph TR3 is the first production car to include standard disc brakes, which were continued on the "TR3A" facelift. The car was known for its superior braking ability, making it an autocross favorite.