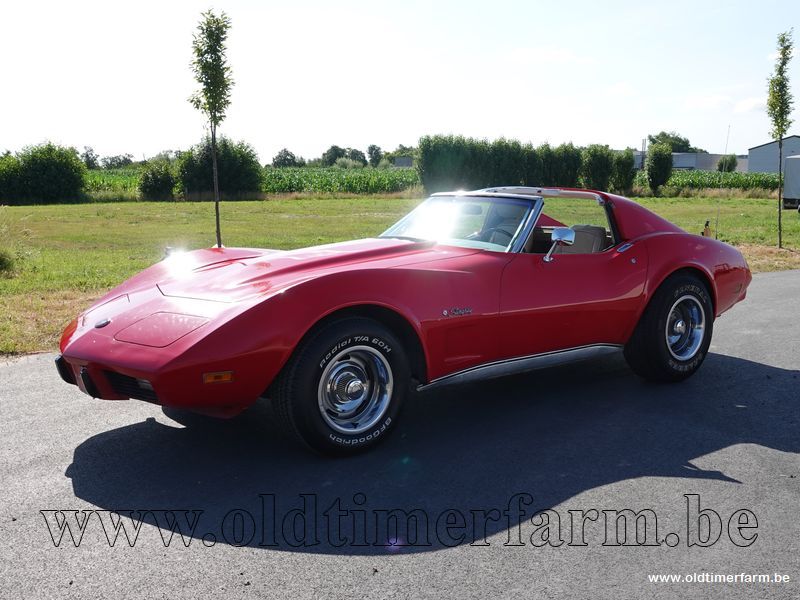 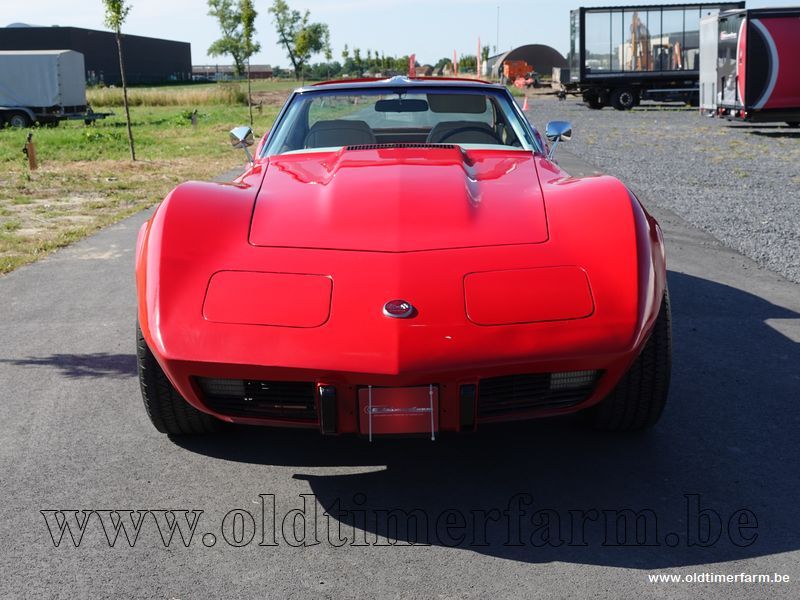 The Chevrolet Corvette (C3) was produced from 1967 to 1982. The engines and chassis components came mainly from the previous generation, but the body and interior were new. It set new sales records with 53,807 products for the 1979 model year. The C3 was the third generation of the Corvette and it bore the Stingray name for the second time, but only for the 1969-1976 model years, and in a single word, as opposed to the Sting Ray used for the C2 generation of 1963-1967. The 1975 model was advertised as "a more efficient Corvette", as service intervals were extended and ignition electronically. On the other hand, the catalytic converter was made mandatory by the federal government and "unleaded fuel only" warnings on the fuel gauge and filling hatch were affixed. From this year, the rev counters were trained electronically. The Corvette began to be influenced by the metric system while speedometers now displayed small undersides indicating kilometers per hour. Power decreased, so that the base engine produced only 167 hp (123 kW) and the only remaining optional engine, the L-82, dropped by 46 hp (34 kW), managing to deliver 208 hp (153 kW). With no larger engine available, L-82 hood emblems began to appear on cars so equipped. The standard rear axle ratio for the base engine remained unchanged, which remained at 3.08 with automatic transmission and 3.36 with manual transmission. This is the last convertible of the third generation from 1968-1982 and only 12% of the cars were ordered as such. As in previous years, a folding roof was supplied as standard with hardtop roadsters covered in body color or vinyl which was optional at an additional cost. Anticipating new federal safety restrictions, Chevrolet thought it would be the Corvette's last soft-top model, but the convertible returned in 1986. Due to the state's strict emissions standards, this was the last year Chevrolet installed the L-82 engine in a Corvette destined for California. .