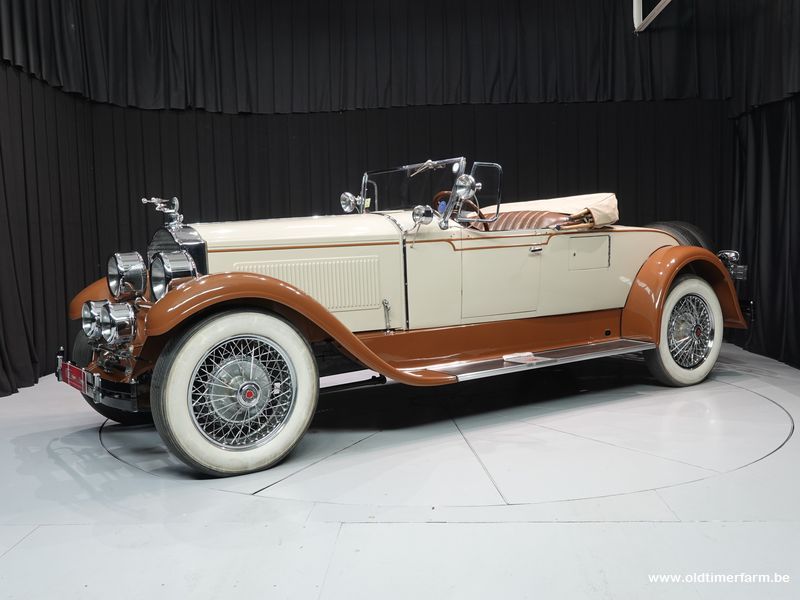 From May 1920 to July 1921, automobile production declined by sixty percent in the United States and the total industrial production decreased by thirty percent due to an economic recession. This was quickly followed by an economic rebound with production returning to peak levels by the close of 1922. The prosperity was matched by the era's artistic, social, and cultural dynamism with the 'flapper' redefining the modern look for American and British women. Art Deco styling peaked and Jazz blossomed. These 'Roaring Twenties' saw large-scale development, accelerated consumer demand, rapid industrial and economic growth, and new cultural and lifestyle trends. During this period, American car companies built some of the finest and most opulent vehicles ever to travel the road, everything from grand town cars to sleek roadsters.

Packard was not immune to the economic downturn of the early 1920s, and its twelve-cylinder model - the Twin Six - was joined by the Single Six for 1921. Production of the large and expensive Twin Six ceased in 1923, with the Single Six soon joined by the Single Eight. Production of the Packard Six ceased in 1928 and would not return until 1937. The eight-cylinder line would remain part of Packard's lineup through its demise in the mid-1950s.

The 1927 Packard models included the six-cylinder Series 426 and 433, and the eight-cylinder Series 336 and 343. The 'series name' was in reference to the wheelbase size, with the 336 using a 136-inch wheelbase and the 343 on a 143-inch platform. Both the six- and eight-cylinder models used a three-speed selective transmission.
The eight-cylinder displacement increased from 357.8 cubic inches to 384.8 CID for 1927 due to an increase in bore size to 3.5-inches. It had nine main bearings, mechanical valve lifters, a Packard updraft carburetor, revised manifolding, aluminum pistons, and turbohead combustion chamber. It produced 109 horsepower at 3,200 RPM, 28 more horsepower than the six-cylinder engine.

Body styles on the Series 343 Eight included a coupe,  a touring, a sedan, a club sedan , and a sedan limousine. The four-passenger coupe was new to the lineup. 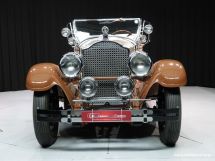