After the Second World War, the government embarked on an ambitious reconstruction programme. Among the areas targeted: the automobile and the needs of the army, which has suffered during these six years of conflict. Among other things, he wants a French Jeep, and it is Delahaye is designated. But Mathis, in great difficulty, tries to participate in this program and launches his own Jeep: the VLR86. In fact, Emile Mathis went to the United States in 1940 where he took the head of an ammunition factory. At the end of the war, he returned to France and received a contract for the rehabilitation of American Jeeps. But Delahaye has already taken care of it. So, Mathis, who has developed a new sedan (the Mathis 666). In order to limit the blows, the Jeep "à la française" takes up a large part of the mechanics of it: a flat six-cylinder engine of 80hp cooled by water and derived from an aviation engine developed by Mathis himself. Main features: two Zenith carburetors, a three-speed gearbox with two functions (small and large speeds) thanks to an overdrive.

To design his Jeep, Mathis examines all the defects of the American Jeep to avoid them on his car. The biggest problems are discomfort and handling. Thus, the car is equipped with independent suspension on each wheel with two coil springs and a telescopic shock absorber. Two prototypes of the Mathis VLR86 were built, the first of which was tested by the army at the end of 1950. It responds to all the requests of the military, except for a few defects that Mathis manages to correct.

But for various reasons, the army changes its mind and it is Delahaye who gets the contract. Mathis was forced to sell the Strasbourg plant to Citroën. The firm still lasted two years, but the two cars (Mathis 333 and Mathis 666) were never marketed, leading to the disappearance of Mathis in 1953. 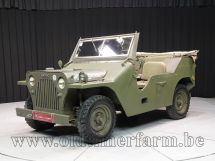 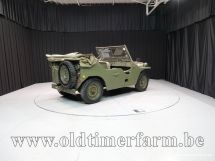