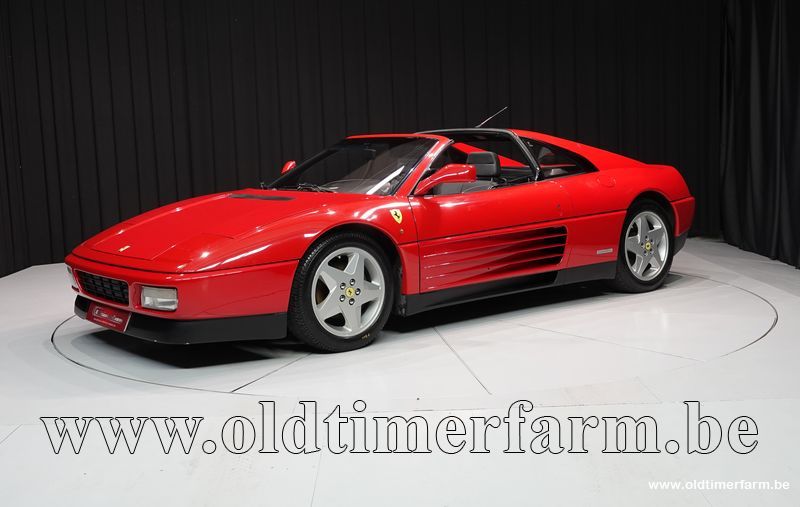 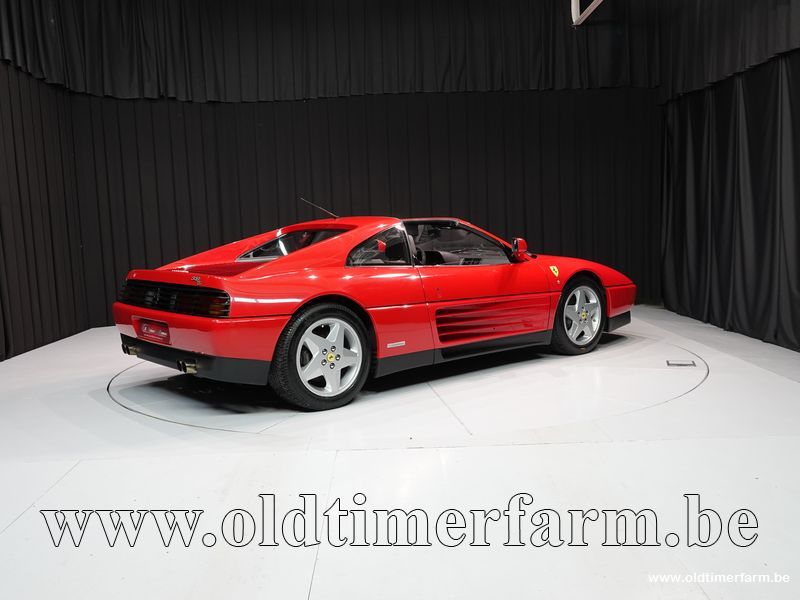 The 348, badged 348 tb for the coupé (Trasversale Berlinetta) and 348 ts (Spider) for the targa versions, features a normally aspirated 3.4-litre version of the quad-cam, four-valve-per-cylinder V8 engine. As with its predecessors, the model number was derived from this configuration, with the first two digits being the displacement and the third being the number of cylinders. The engine, which produced 300 hp (224 kW), was mounted longitudinally and coupled to a transverse manual gearbox, like the Mondial T with which the 348 shared many components. This was a significant change for Ferrari, with most previous small Ferraris using a transverse engine with longitudinal transmission. The "T" in the model name 348 tb and ts refers to the transverse position of the gearbox. Overall, 2,895 examples of the 348 tb and 4,230 of the 348 ts were produced.

In late 1993 the 348 was revised, featuring subtle styling changes (front grille, rear chrome Cavallino and removable seat cushions) and more power, this time producing 312 bhp (U.S) and 320 hp (Euro) from the same 3.4-litre engine, with an improved engine management system - Bosch Motronic 2.7, new exhaust system (single muffler).  The revised cars are called 348 GTB (252 made) and GTS (137 made) and were presented to the public as the 348 GT versions, equipped with the F119H engine (as opposed to the original F119D and US F119G). The F119H engine got a bump in compression ratio up to 10.8:1 vs the F119D & F119G 10.4:1 compression ratio, taller intake plenums, fuel pressure was raised from 3.4 bar to 3.8 bar, and different camshaft timing.  For these models, both the engine hood panel and lower body skirts were body-colored instead of black, and the rear track was one inch wider due to the mounting area, on the inside, of the rear wheels being thicker. The suspension geometry was revised which greatly enhanced its handling, ride and body control. The fuel tank was also smaller (88L) in order to reduce overall weight and provide space to improve chassis rigidity.

The 348 Spider (convertible) model was also introduced, in-line with the phasing out of the Mondial. 1,090 units were made of this style