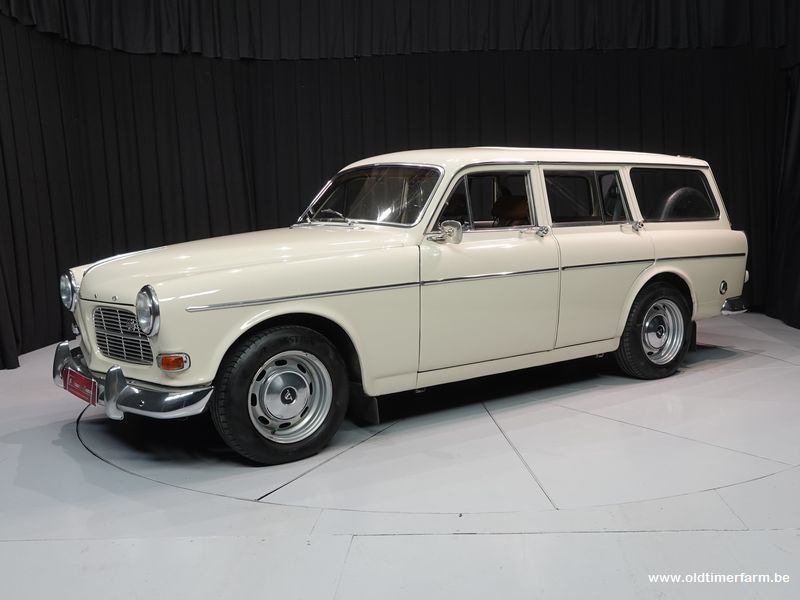 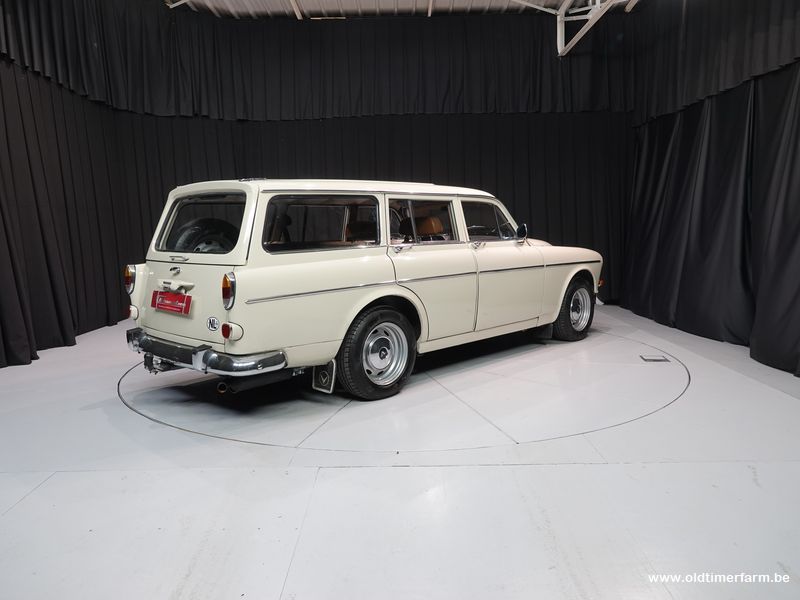 The Volvo Amazon, also known as the 120 series, was built from 1956 to 1970. The first Amazon came out of the Volvo factory in 1956, but was only available from March 1957. It comes in three versions: 121, 122 and 123. Three bodies are also developed by designer Jan Wilsgaard: a two-door notchback, a four-door notchback and a five-door hatchback. In total, 667,323 units were built, all engines combined. They will be replaced by the Volvo 140 series. In 1966, when production of the old PV544 finally ceased, a stripped-down model from the Amazon, the "Amazon Favorit", took up the vacant window for some time. At the end of 1966, the 123GT, equipped with the same engine (B18B) as the 1800 S (S for sport) and the M41 gearbox equipped with an overdrive, also made its appearance. In 1969 the B18 engine (like 1800 cc) was reworked and called B20 (like 2000 cc). Engineer Nils Bohlin, recruited by Volvo, patents the modern seat belt in 1959 by installing anchor points for three-point belts with a lap strap and a diagonal strap. The company then decided to leave the patent free of rights and other manufacturers were able to benefit from this advance. It was fitted as standard equipment for the first time in the same year in the Volvo Amazon and in the Volvo PV 544. These were the first production models to be equipped with it.