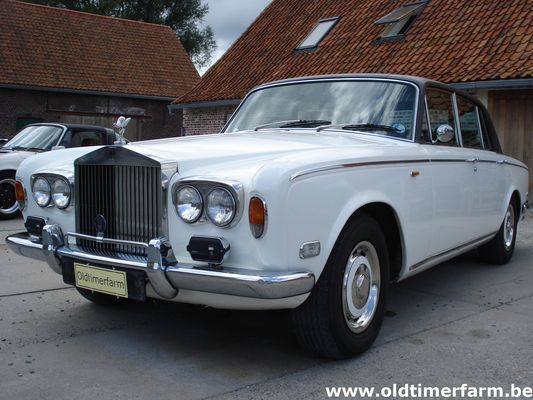 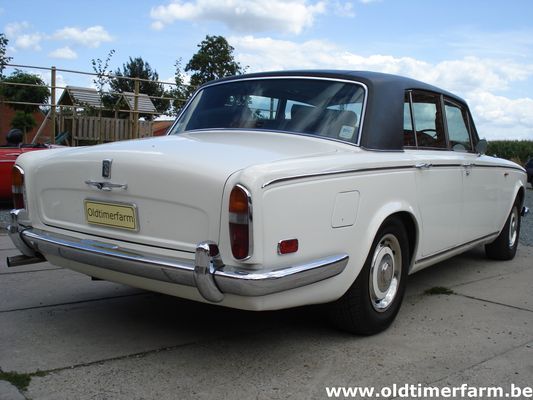 This car is new at Oldtimerfarm in Aalter Belgium. We specialize in consignment sales of collection cars. We are proud we can offer this car for sale. A more detailed description will soon follow. In the meantime you can have a look at the very ample photo coverage on the website. Of course Olivier will be very happy to give you all possible explanations by phone on +32473117300.

Following in the manufacturer's tradition of building luxury vehicles, the standard wheelbase Silver Shadow measured 5.17 metres (17 ft) in length, weighed 4,700 pounds, and had a base price of 19,700 US dollars / 6,557 British pounds in the first year of production. The Silver Shadow was produced from 1965 to 1976, and the Silver Shadow II from 1977 to 1980. Initially, the model was planned to be called "Silver Mist", a natural progression from its predecessor Silver Cloud. The name was changed to "Silver Shadow" after realizing that "mist" is the German word for manure, rubbish, or dirt.
The design was a major departure from its predecessor, the Silver Cloud. The John Polwhele Blatchley design was the firm's first single bow model. More than 50% of its predecessor had been sold on the domestic market where, by the standards of much of Europe and most of North America, roads were narrow and crowded. The original Shadow was 3½ inches (9cm) narrower and 7 inches (18 cm) shorter than the car it replaced, but nevertheless managed to offer increased passenger and luggage space thanks to more efficient packaging made possible by unitary ("monocoque") construction. Aside from a more modern appearance and construction, the Silver Shadow introduced many new features such as disc rather than drum brakes, and independent rear suspension, rather than the outdated live axle design of previous cars.
The Shadow featured a 172 hp (128 kW) 6.2 L V8 from 1965 to 1969, and a 189 hp (141 kW) 6.75 L V8 from 1970 to 1980. Both powerplants were coupled to a General Motors-sourced Turbo Hydramatic 400 transmission, except on pre-1970 right-hand-drive models, which used the same 4-speed automatic gearbox as the Silver Cloud (also sourced from GM).
The car's most innovative feature was a high-pressure hydraulic system licensed from Citroën, with dual-circuit braking and hydraulic self-levelling suspension. At first, both the front and rear of the car were controlled by the leveling system; the front levelling was deleted in 1969 as it had been determined that the rear levelling did almost all the work. Rolls-Royce achieved a high degree of ride quality with this arrangement.
Characteristics. Dimensions : length/width/height – cm (in) : 517/182/152 (203.5/70.9/59.8); wheelbase : 304 cm (119.5 in); weight : 2100 kg (4635 lbs). Engine : V8 6750 cc (412 cid); two carbus; 3-speed gearbox, automatic; power : ± 200 bhp @ 4000 rpm. Top speed : 190 km/h (118 mph).