The BMW 3 Series E30 is the second generation in its family (there are nine so far), after the E21 series. Technically, she is quite close to her elder.  It renews the small six-cylinder M20 engines which made the reputation of the model.

The Series 3 E30 is therefore equipped with efficient, reliable but also economical engines. The styling is typical of the BMW: "double bean" grille and four round headlights. The general line could not be more classic, and typical of a sedan in this segment at the time. The dashboard is still slightly oriented towards the driver. We can therefore say that the E30 is an evolution of the E21, not a revolution. However, several novelties are worth mentioning. There is now a four-door model (the E21s only had two doors), a diesel engine, all-wheel drive marked with an X, and sports cars badged "M" (like Motorsport).

The Series 3 E30 was very well sold in Europe and abroad: North America, Japan, South Africa among others. All models combined, the E30 series had a production of  2.3 million, including 2 million sedans, i.e. the double than the E21 series. 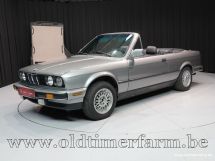 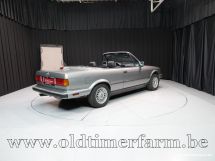