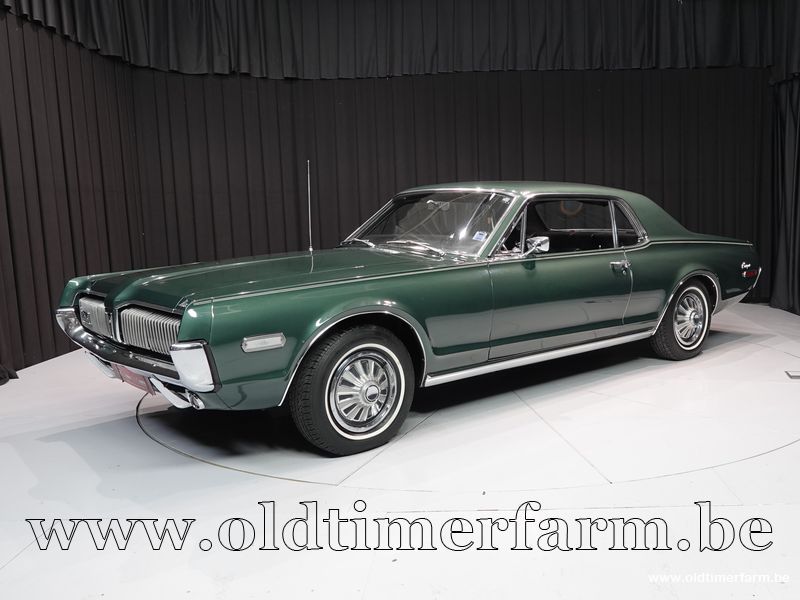 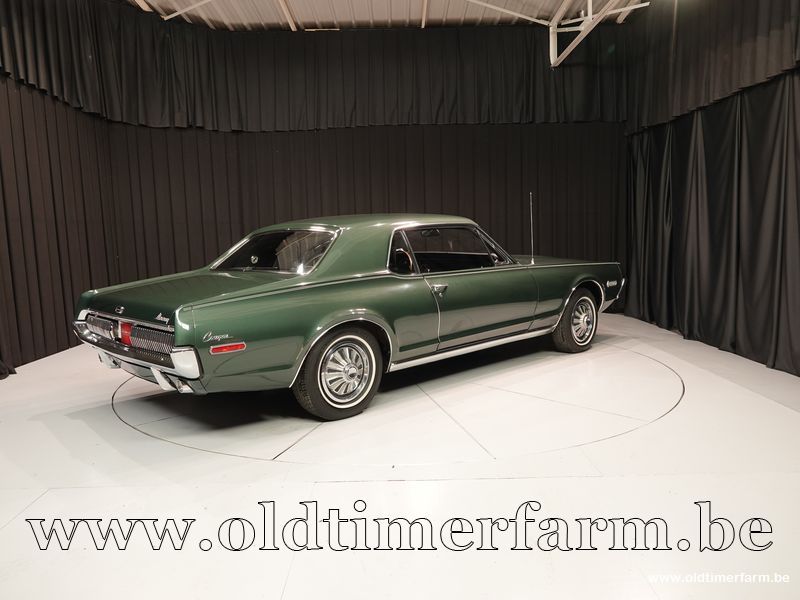 Mercury Cougar is a nameplate applied to a diverse series of automobiles sold by the Mercury  division of Ford from 1967 to 1997 and from 1999 to 2002 i.e. 8 generations. While the nameplate is most commonly associated with two-door coupes, at various times during its production, the Cougar was also marketed as a convertible, four-door sedan, station wagon, and hatchback.

With 2,972,784 examples produced, the Cougar is the highest-selling nameplate ever produced by the Mercury brand; its 34-year production is second only to the Grand Marquis in the Mercury model line (produced for 36 years). During the 1970s and 1980s, the Cougar was closely tied to the marketing of the Mercury division; Mercury advertised its dealers as "The Sign of the Cat" with big cats atop Lincoln-Mercury dealer signs.  In line with the Cougar, several animal-related nameplates were adopted by the division, including the Bobcat, Lynx, and Sable.  During its production, the Cougar was assembled at Dearborn,Michigan, in San Jos, California, in Lorain, Ohio, and Flat-Rock, Michigan).  Intended for a market position between the Ford Mustang and the Ford Thunderbird, the Cougar was intended as a "plush" pony car. While offering more comfort and features than the Mustang, the model line was tuned for better road manners than the Thunderbird.

1st generation : 67-68.  Initially developed as a rebadged version of the Mustang, the 1967 Cougar received its own body design from the ground up, though the popular "long-hood, short-deck" proportions of the Mustang remained. The model line was marketed as having "European" style and features.  The first Lincoln-Mercury vehicle with hidden headlamps, the front fascia was distinguished by a split "electric shaver" grille, featuring vertically slatted chrome trim. The rear fascia was styled similar, concealing dark-lens taillamps behind vertically-slatted trim; sequential turn signals were standard (adopting the mechanism from the Thunderbird).  The $185 upgrade to the XR-7 brought further European influence; in addition to a (simulated) wood-trim dashboard, full instrumentation (black-face gauges), toggle switches, and an overhead console; if so equipped, the automatic transmission was fitted with a T-handle console shifter. The Cougar was offered with nearly every Mercury option with the sole exception of automatic climate control and power windows; a "Tilt-Away" steering wheel was offered, a power-operated steering column that swung up and out of the way when the driver's door was opened, the transmission in "park", and the ignition was off.  For 1968, the Cougar saw revisions related to compliance with federal safety mandates, adding side marker lights and front outboard shoulder belts. In a first for Ford Motor Company, the 1968 Cougar offered an electrically-operated sunroof as a factory-installed option. While available on any Cougar, the sunroof was a rare option.